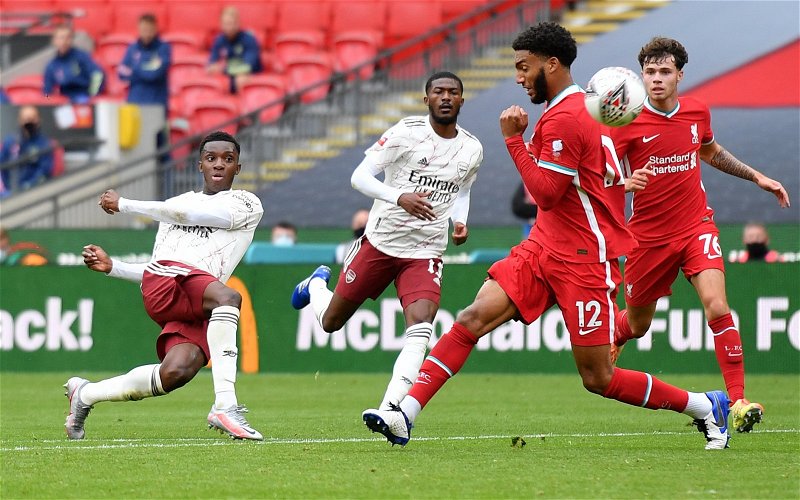 Duncan Castles has been on the latest episode of The Transfer Window Podcast, and he has been talking about possible transfers for many Premier League clubs.

One of the teams that he spent some time on was Wolverhampton Wanderers, and he focused on their pursuit of Ainsley Maitland-Niles after Matt Doherty was sold to Tottenham Hotspur.

It seems as if Wolves are now probably not going to sign Maitland-Niles because his England call-up has raised the price that Arsenal want for the 23-year-old.

He said: “What I’m hearing is that their interest in Ainsley Maitland-Niles, which we talked about when we mentioned the Doherty deal, is diminishing because of his call-up by Gareth Southgate for the England international team.

“The feeling at Wolves’ end is that that has accentuated his price to a level where there would not be value in the deal, so I think it’s unlikely they’ll replace Doherty with Maitland-Niles now, and they’re going to need another starting right-back.”

No, we missed our chance

Yes, we can still sort a deal

It had been reported that Wolves were close to signing Maitland-Niles only for the Gunners to reject the bid for him.

Maitland-Niles, who is valued at £13.05m by Transfermarkt, then played in the Community Shield against Liverpool and impressed with a 7.06 rating and he was then called up to the England squad.

As well as this, it has been claimed that Mikel Arteta now wants to keep the 23-year-old, and he could be handed a new contract.

So, it looks like Wolves will have to move on, though with less than two weeks until the start of their Premier League campaign, they might have to act fast if they want to replace Doherty before the season starts.