West Brom: Joe Masi on the future of Ahmed Hegazi

Joe Masi of the Express and Star recently appeared on the Baggies Broadcast and discussed a number of subjects with regards to West Bromwich Albion.

One of the players who came up in conversation was Egyptian defender Ahmed Hegazi. The 29-year-old was an unused substitute during the recent defeat at the hands of Leicester City and given the club are said to be close to bringing in Branislav Ivanovic, you can understand why there may be questions with regards to the former Al Ahly man’s future.

However, according to the journalist, the player is staying put. Here is what he had to say:

“I’ve spoken to people close to [Ahmed] Hegazi and they say he is going nowhere. Whether that’s changed since I spoke to them, I don’t know, but I don’t think Albion are going to sell Hegazi.”

Would you like to see Hegazi sold during this window? 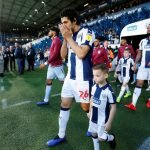 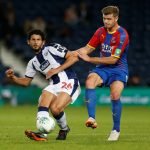 The centre-back has made 103 appearances for the Baggies, scoring four goals (as per Transfermarkt) and he has played 38 times in the Premier League before, highlighting the fact he is already experienced in the English top flight.

Last season, he played 16 times in the Championship as Slaven Bilic’s side secured a second-place finish in order to secure promotion. Given that Hegazi is said to have a transfer market value of £3.15m, it could be argued that moving him on would raise some funds which could go towards the club strengthening their side further, however, according to the reporter, the player is likely to stay at The Hawthorns.

Albion’s next fixture will see them take on Everton at Goodison Park this coming Saturday and whilst they could yet do further business in this transfer window, it could be argued that for the time being, all focus should be on getting their first points on the board this season.