On the latest episode of the Last Word on Spurs podcast, Ricky Sacks and Jamie Brown were joined by Italian journalist Fabrizio Romano to discuss some of the transfer business that could occur at Tottenham Hotspur during the rest of the summer window.

One topic of discussion on the recent podcast, which was titled: ‘Summer Transfer Window (Ft. Fabrizio Romano)’, was Spurs goalkeeper Paulo Gazzaniga and the chances of him leaving the Lilywhites this summer.

The Argentinian shot-stopper has been linked with a move to newly-promoted Fulham recently, following Spurs’ signing of former England international Joe Hart on a free transfer.

Here’s what Romano had to say about the former Southampton ‘keeper’s chances of leaving the club this summer on the podcast:

It is unsurprising to hear Romano tipping Gazzaniga for an exit from Spurs, as whilst the 28-year-old proved to be a fairly solid replacement for Hugo Lloris last season after his elbow injury, averaging a 6.65 rating for his performances in the Premier League, he takes up a non-homegrown slot in Jose Mourinho’s squad and can be replaced by Joe Hart.

Are you happy for Gazzaniga to leave Spurs? 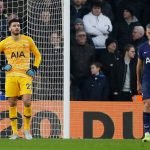 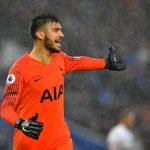 The Lilywhites also have Brandon Austin available to them, and after he earned a call-up to the England U21 squad recently, perhaps he could do a job as Spurs’ third-choice ‘keeper next season should both Lloris and Hart be unavailable.