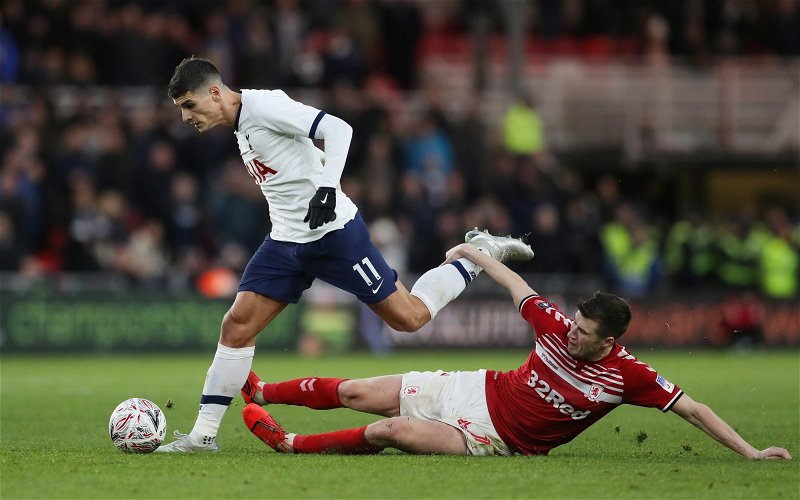 On the latest episode of the View from The Lane podcast for The Athletic, Jack Pitt-Brooke, James Maw and Charlie Eccleshare have been discussing the latest goings-on at Tottenham Hotspur, including the signings of Gareth Bale and Sergio Reguilon from Real Madrid.

Tottenham Hotspur have recently announced the loan signing of Welsh international Bale alongside the permanent signing of Reguilon – but those on the podcast suggest that Spurs could look to sell as a result, possibly as a way of funding the Bale deal, in particular.

Erik Lamela was one player who may have been seen as Bale’s replacement when he was signed from Roma in 2013 in the same transfer window that Bale was sold by Tottenham to Real Madrid.

Although he has gone on to make 223 appearances for the north London club since then, contributing 33 goals and 47 assists (per Transfermarkt), there was a suggestion that he could fall victim to the loan signing of Bale and end up leaving during the current transfer window.

Here’s what Maw had to say about the Argentinian winger during the podcast: “Lucas [Moura] and [Steven] Bergwijn at least have a bit of flexibility in terms of playing on the left and the right. Lamela as well, quite what’s going to happen to him – you do wonder whether selling someone like that may also cover the cost of bringing Bale in short-term.”

Lamela has struggled with injuries throughout his Tottenham career and the signing of Bale adds to the plethora of options Jose Mourinho already has on the wing, so perhaps we could see the 28-year-old depart before the end of the window.

Would you sell Lamela? 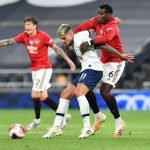 With the former Roma man valued at £14.4 million and with recent reports suggesting it will cost Spurs around £15 million to have Bale this season, selling Lamela would certainly make sense from a financial perspective.