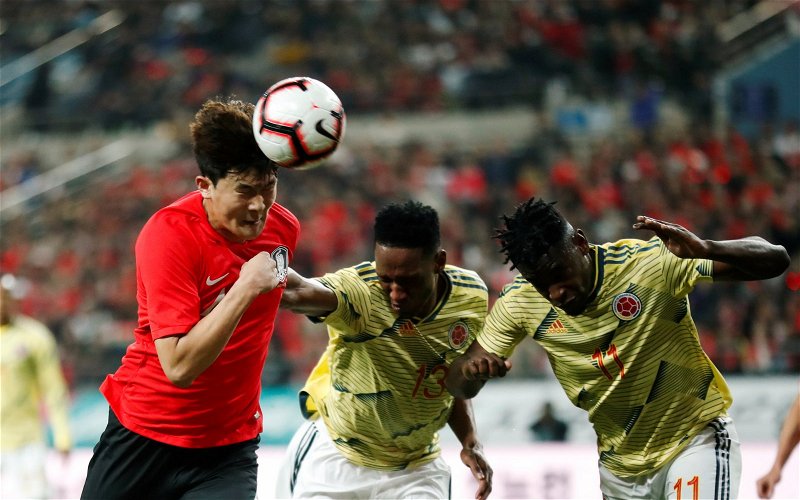 During the latest video for his YouTube channel, Football.london reporter Alasdair Gold has been discussing the latest goings-on at Tottenham Hotspur, reflecting on the 2-1 friendly defeat against Watford and shedding some light on some of the transfer business that the Lilywhites could do before the end of the window.

One topic of discussion on his recent video was South Korean centre-back Kim Min-jae. The Beijing Guoan man was heavily linked with a move to the Lilywhites earlier in the transfer window, with the Evening Standard suggesting that Spurs enquired about signing him. However, interest in the 23-year-old has seemingly cooled, following the Chinese Super League side’s decision to place a £15 million price tag on his head.

Here’s what Gold had to say about Kim during his video:

“We know about Kim Min-jae, a guy they’ve been looking at, the South Korean centre-back who plays in Beijing – but again, I think the thing with a centre-back is they’ve got to wait until they sell players, so that may be something that comes later this month.”

From what Gold suggests, Spurs are in the market for a centre-back but are reliant on funds to come in from player sales before they make a move for any of their targets. It certainly seems as if Min-jae has been seriously considered by the club, so perhaps if we see the likes of Serge Aurier or Juan Foyth depart the North London club in the coming weeks, with both having been linked with moves away, then Spurs will be able to raise the necessary funds to make a bid for the South Korean international.

Do you think Kim will join before the end of the transfer window?

It can certainly be argued that Jose Mourinho needs to add a centre-back to his side, considering Jan Vertonghen has left the club, as well as the fact that they managed just eight clean sheets in the Premier League last season, so perhaps we will see Kim make the move to Spurs later in the transfer window.