Newcastle United fans have taken to Twitter to slate the performance of Daniel Barlaser in the 1-0 win against Blackburn Rovers on Tuesday night.

The midfielder made just his third appearance for the senior side in the win against Tony Mowbray’s outfit but Toon fans were not forgiving in their criticism of his performance, with a lot of fans suggesting that he was not good enough, following the game.

The 23-year-old picked up a solid 6.89/10 rating for his display against the Championship side and certainly didn’t shy away from the ball during the game, registering the third-most touches of any Newcastle player (54), whilst also enjoying a pass success rate of 73.2% (per WhoScored).

Do you think Barlaser was poor on Tuesday? 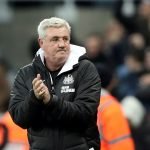 The academy graduate has endured loan spells at the likes of Accrington Stanley and Rotherham United in recent seasons but after his relatively solid display on Tuesday night, perhaps we will see him establish himself as a member of Steve Bruce’s senior side for the rest of the season.

A sample of tweets from Newcastle fans criticising Barlaser can be seen below.

Watching Longstaff and Barlaser makes you appreciate Isaac Hayden even more. These two are woeful. #nufc

Barlaser and Longstaff second to everything in midfield, neither should be anywhere near #nufc

ASM & Miggy the only 2 players with PL quality on show here for #nufc I’m afraid Longstaff & Barlaser are a long way off PL standard.

Plenty of Toon fans continued to slate Barlaser in their tweets.

Barlaser and Longstaff need to get a grip here mind #NUFC

He(Barlaser) certainly can’t be anywhere near our first team squad, or we’re in trouble, but I did think he showed some decent touches, probably needs a championship loan.

Barlaser has surprised me in a negative way. Expected much more.

Overall, it seems as if a lot of Newcastle fans feel that Barlaser isn’t cut out for the Premier League just yet, based on his display against Blackburn.