The Athletic’s Leicester City journalist Rob Tanner has recently provided some information about the club’s links with a move for Burnley defender James Tarkowski.

Tanner was a guest on the latest episode of the Leicester City Football Forum podcast. The panel discussed many issues involving the East Midlands club and they talked about many potential transfers for the Foxes. One player that they focused on was Tarkowski and Tanner revealed that Leicester might have ‘moved on’ from him.

The Daily Star recently reported that the Foxes are ‘set to step up their interest’ in Tarkowski and are looking to make a £30 million move for the Englishman.

Tanner gave some details about these links and said that the Foxes have not made contact for the defender in the current transfer window.

He said: “Well, I think they’ve moved on. Obviously, going back a year, when they sold [Harry] Maguire, they had a bit of cash. They went to Burnley, they offered £30m. Burnley turned around and said, ‘no, we don’t want to even discuss it unless you offer £50m.’

“Tarkowski was interested. He wanted to come to Leicester. I think he’s keen to move on now, but from what I understand now, this season, Leicester haven’t contacted his people yet. So if they’re interested, they’re playing it very, very cool.”

Should Leicester give up their chase of Tarkowski? 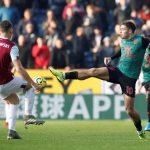 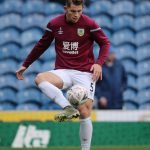 As things stand, Leicester have four out-and-out options for the centre-back position. They are Caglar Soyuncu, Wes Morgan, Jonny Evans and Filip Benkovic. Brendan Rodgers used some three-at-the-back systems frequently towards the end of last season and if he keeps using those systems, Leicester might just need some extra centre-backs.

Tarkowski is currently valued at £18m by Transfermarkt, but Burnley’s valuation for the defender allegedly stands at £50m. So this could be a case of the Clarets asking for too much money in a potential deal for the 27-year-old and because of that, Leicester might be better off looking at cheaper alternatives.