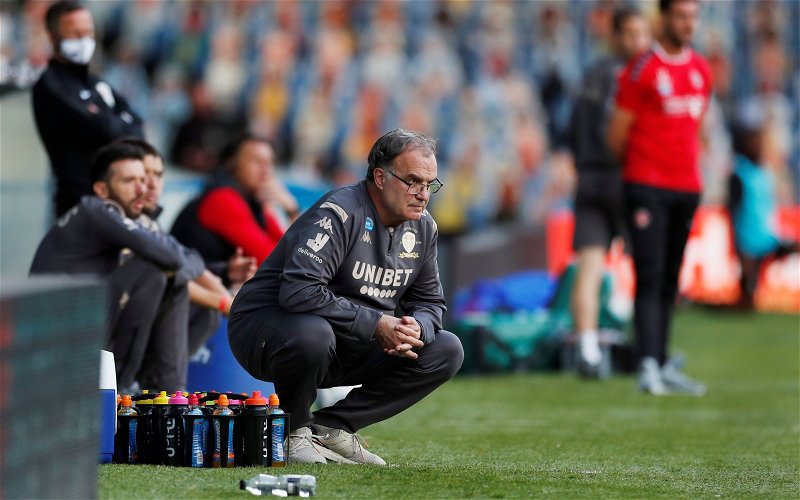 Supporters of Leeds United have been reacting to four images which were posted to social media by the Whites during a pre-season friendly.

During the Elland Road outfit’s pre-season clash with Stoke City, the club posted a series of images including Leeds players in action (per Leeds United).

Alongside the images, the caption revealed that the Potters had taken the lead at the Bet365 Stadium after a ‘scramble’ following a Potters corner.

This had lots of the Elland Road faithful talking after being posted to Twitter.

24’ Stoke take a 1-0 lead. A scramble in the box follows Ince’s corner, the ball falls to Collins who volleys into the net pic.twitter.com/IPI1pyHUoA

As revealed earlier in the day on Tuesday, Marcelo Bielsa opted to start Spanish goalkeeper Kiko Casilla at the Bet365 Stadium (per Leeds United).

Casilla in goal. Concede from a corner. Rinse and repeat ?

However, other supporters were concerned about the club’s chances of survival for their first season back in the Premier League for 16 years following the goal.

Do you think Leeds will avoid relegation from the Premier League next season?

No, we're not good enough

Going straight back down ?

that’s it. we’re getting relegated

Other supporters decided to pass comment on the Whites’ Argentine manager, who is yet to sign a new deal to stay at Elland Road for next season.

Bielsa out before it’s too late

As can be seen in these responses from Leeds fans, supporters were clearly unhappy following the club’s post to social media.