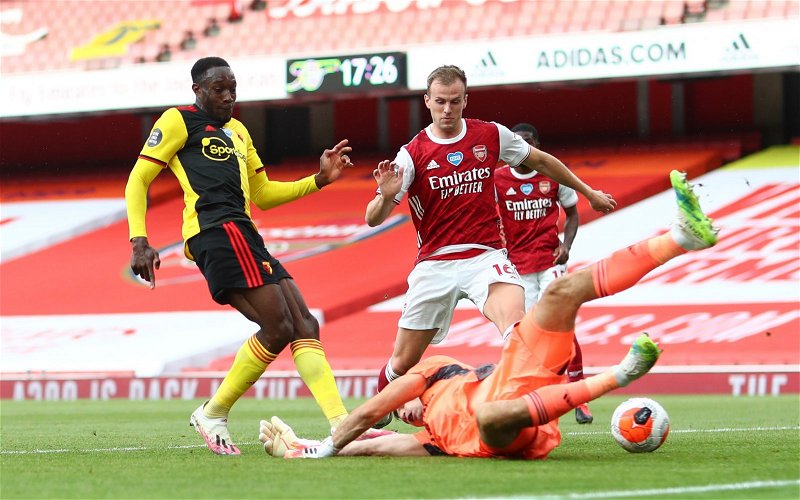 According to recent reports, Crystal Palace and Southampton are considering making a move for Watford striker, Danny Welbeck.

The report by the Daily Mail states that both of Palace and Southampton are interested in giving the former Manchester United and Arsenal striker another shot in the top-flight following Watford’s relegation to the Championship.

Since arriving at Watford on a free transfer last summer, the 29-year-old went on to make 20 appearances for the club, scoring a total of three goals.

18 of these appearances came in the Premier League, over which Welbeck scored two goals and averaged a disappointing WhoScored match rating of 6.39 – ranking him as the club’s 17th-best performer in the league last term.

Welbeck has never been particularly lethal as a striker, scoring 29 goals in 142 appearances for Manchester United and 32 in 126 for Arsenal, as well as six in 28 for Sunderland. However, it would appear that, if the reports are to believed, Roy Hodgson believes Welbeck could help the club in addressing their obvious problem of not scoring enough goals – with their record of 31 goals scored last season being the second-lowest in the Premier League.

Do you think Danny Welbeck is the answer to Palace's goalscoring woes?

Considering the fact that Welbeck, who is valued at £4.95 million (as per Transfermarkt), is by no means the most prolific striker in the world, it may be a more sensible idea, in our opinion, for Crystal Palace to turn their attention to a forward with a bit more of a proven track record of scoring Premier League goals, or at least a younger option who has been showing promise, rather than the 29-year-old Welbeck.