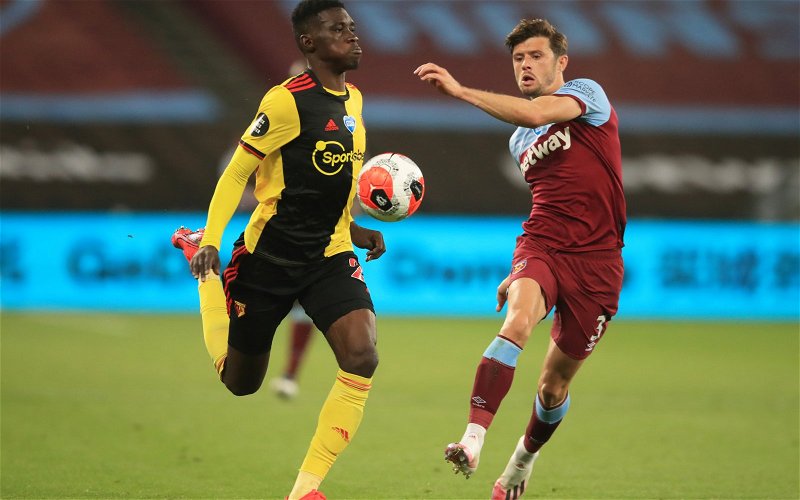 Aston Villa podcaster Dan Wiseman has been sharing his thoughts on the possibility of the Birmingham club making a transfer move for Watford winger Ismaila Sarr.

This comes after Wiseman recently made an appearance on The Villa Filler Podcast that was uploaded on Villa-themed YouTube channel called Heart of The Holte.

After it was reported by France Football that Villa are interested in signing the winger, Wiseman had this to say on the potential transfer.

He said: “He’s an unbelievable talent and the resale value of this deal, I think is what you’ve got to look at, because if we sign him and he comes on and he continues to establish himself and play like he did in the second half of the season for Watford, then his transfer value just goes through the roof.

“We’re not going to be alone at looking at him, Liverpool have just signed [Diogo] Jota, but Man United apparently are still looking at Sarr, so there are still some big names that we’d have to tempt him away from.

“There are a few stumbling blocks, a few ifs, buts and maybes around this deal, but I tell you what, if he did come to Villa, then what an exciting signing it would be.”

Sarr joined Watford back in the 2019 summer transfer window from French side Stade Rennais in a deal worth a reported fee of £27 million.

The 22-year-old, who is currently valued at £22.05 million, made 28 appearances for Watford in their 2019/20 Premier League season, earning himself a season rating of 6.71/10 for his performances (per WhoScored).

Would you like to see Villa make a move for Ismaila Sarr?

Despite Watford being relegated at the end of the previous Premier League season, Sarr showed throughout the campaign that he can perform at a respectable level in the top-flight.

With Villa having already bought a new winger in the form of Bertrand Traore from Lyon earlier in the current transfer window, it will be interesting to see if they manage to bring in Sarr as an extra attacking option on the wing.