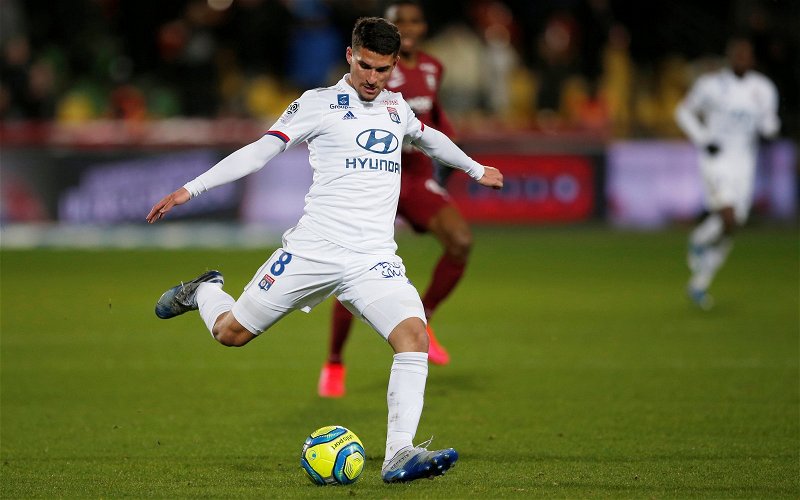 Making his Lyon debut as an 18-year-old back in 2017, Aouar has gone on to make 139 appearances for the club, over which he has scored 24 goals and provided 27 assists.

Last season, the 22-year-old highly impressed, featuring 25 times in Ligue 1, over which he scored three goals and provided four assists and averaged a WhoScored match rating of 7.02/10 – which ranked him as the club’s joint fourth-best performer in the league.

His form was also impressive during the club’s run to the semi-final of the Champions League, scoring one goal and providing four assists over his eight appearances, as well as averaging a WhoScored match rating of 7.55.

As a result of these performances, interest has been high in Aouar this summer, with Arsenal being one of the clubs keen on the £44.55 million-rated man. Mikel Arteta’s side are even said to have had a bid – involving Matteo Guendouzi as part of a swap deal – turned down the by French side.

On Arsenal’s interest in the midfielder, Romano recently spoke to the Chasing Green Arrows YouTube show and gave some insight as to where the Gunners are with regards to bringing the 22-year-old to north London before the transfer window closes.

“If they do another bid after the swap deal with [Matteo] Guendouzi – [which] Lyon turned down – [we’ll] have to see. If they can sell players, I think they will try again.”

Do you think Aouar will be an Arsenal player by the end of the transfer window?

From Romano’s comments, it would appear that the journalist is of the belief that if Arsenal can sell players in order to raise funds for a move for Aouar, then they could well try to get a deal done for the player in the remaining weeks of the transfer window.

As such, this is certainly a deal that we will be keeping a close eye on over the coming weeks.