Charles Watts, the Arsenal correspondent for Goal, has shared an update on the club’s pursuit of Thomas Partey during a recent YouTube video.

Arsenal have been linked with the Atletico Madrid midfielder for quite some time and he’s been described as a ‘priority’ transfer target. According to Transfermarkt, the player’s current value is £36m, but he is said to have a minimum release clause of €50m (£45.5m).

When discussing the current state of play with regards to Arsenal’s interest in the 27-year-old, here is what Watts had to say:

Are you confident Arsenal will sign Thomas Partey in this window? 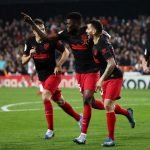 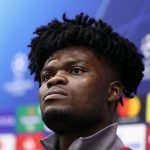 It is clear based on Watts’ update that at the moment, there has been no movement on the Partey front. However, it could be argued that the recent sale of Emiliano Martinez to Aston Villa and the rumoured sale of Lucas Torreira to Torino will go some way in bridging the gap between what Arsenal can afford to pay and what the La Liga outfit are looking for.

Partey made 35 appearances in the Spanish top flight last season and according to WhoScored.com, his average performance rating was an impressive 7.08/10. Based on that and his strengths, which include his ability to intercept the ball, tackle and win aerial duels, it appears clear as to why the Ghanaian has attracted such interest this summer.