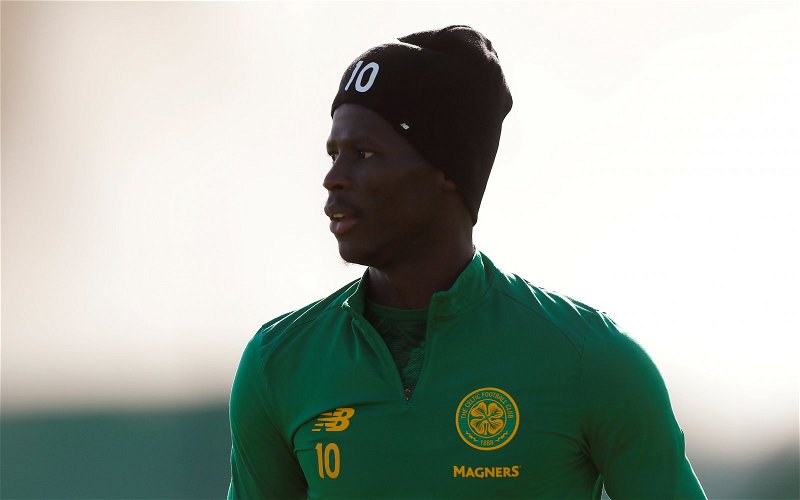 Many Celtic fans have been discussing the latest news update involving Vakoun Bayo that recently emerged on social media.

The Celtic Twitter account recently posted an update confirming that the Ivorian striker has now joined Ligue 2 side Toulouse on loan until the end of the season. The tweet carried an image of the striker and a link to the club’s official website.

Some Hoops fans flocked to this transfer update. There seems to be a mixed reaction to this transfer, with some Celtic fans believing that this isn’t a good move, while others feel that Bayo could enjoy a successful loan spell.

Never got a chance.. hope he scores a barrel load of goals and proves he’s got it.

Loan to a higher standard league? Don’t understand this move. However it won’t be the last this summer I imagine

Great move to get first team experience, nothing Toulouse ??????

Another waste of 2 million

Bayo joined the Glasgow-based club from Dunajska Streda in January 2019. He has already made a couple of appearances for the Ivory Coast senior national team.

Some other Hoops fans also rushed to the tweet and made their opinions about Bayo very clear.

Yet another bad piece of transfer business

I can’t believe you Celtic

Hopefully this loan does him good and he comes back a better player for it. Always just felt he was too raw when he got game time for us. Best of luck, Bayo! https://t.co/IlZXelJEGi

During his time at Parkhead, the striker only made 17 appearances in all competitions. He scored two goals and picked up one assist in that time, while he only managed to earn 206 minutes of Premiership football in the 2019/20 season (as per Transfermarkt).

He is still 23 and may still improve as a footballer, but he could need first-team football to develop his full potential. Celtic fans can only hope that he gets some regular football at Toulouse and returns to Parkhead a better player.