Celtic: Podcast pundit discusses how Celtic will line up against Ferencvarosi TC 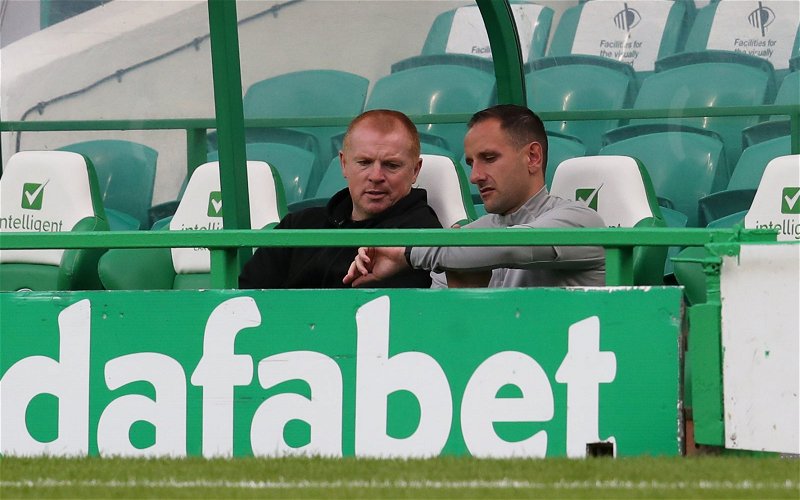 Darren from Four Tims and a Podcast has been discussing his thoughts on how Neil Lennon will line up against Ferencvarosi TC.

On Wednesday, the Hoops face the Hungarian outfit in a Champions League qualifier at home (per BBC).

In their last outing, that being the 1-0 victory over Dundee United, Neil Lennon lined his side up in a 4-2-3-1 formation (per WhoScored).

During the victory against the Terrors, the Hoops had 23 shots and enjoyed 64.2% of the possession.

However, in the latest episode of Four Tims and a Podcast, Darren aired his belief that Lennon would not start the same side against Ferencvarosi.

He said: “I can’t see him starting the same team [against Ferencvarosi] that he started [against Dundee United]. I would be very surprised because [Ryan] Christie eventually hit the target and it resulted in a goal but he was just so wasteful and he was so narrow-minded.

“I think at this moment in time he’s a [little] bit too big for his boots, he’s stopped doing the things that got him into the team in the first place.

“If it was up to me, I would play [Scott] Brown, [Callum] McGregor and [Olivier] Ntcham in the middle of the park.

“It’s an enigma with Ntcham because he’s clearly too good to be sitting on our bench but at the same time, the team doesn’t seem quite there when he’s in it.

“If it was up to me, I’d [drop] Christie, but I don’t think Lennon will do that, I think he’s got a bit of a soft spot for Christie and he’ll continue to play him.”

As can be seen in what the podcast pundit had to say, he clearly believes some changes should be made to Celtic’s starting line up for their Champions League qualifier.

Should Neil Lennon start the same side against Ferencvarosi that played against Dundee United?

No, we need changes

However, with Celtic having had 23 shots and enjoyed a hefty percentage of the possession against Dundee United but only scored once, it will be interesting to see if Lennon does make any changes.

Furthermore, Christie was the Hoops’ best-performing player in Celtic’s 1-0 victory on Saturday with a stellar 8.55/10 average rating (per WhoScored), so, it seems as though it would be incredibly harsh to drop him.