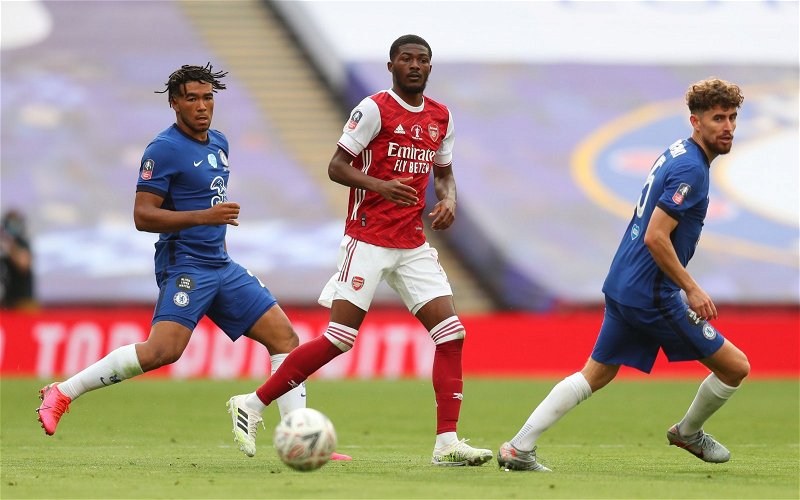 Dion Dublin has been speaking on the latest edition of the BBC’s Football Daily Podcast, and he has been discussing Wolverhampton Wanderers’ move for Ainsley Maitland-Niles.

It has been widely reported that the 22-year-old is willing to swap the Emirates for Molineux, and the two sides are now trying to agree a fee though it looks like it will be in the region of £20m.

This led to Mark Chapman asking Dublin if he thought this was a good move by Wolves.

“I think you’re not just paying the £20m for a good right-back, you’re paying £20m for the youth of that right-back as well.”

He was then interrupted by Charlie Adam, who also had praise for Maitland-Niles.

“He’s a good footballer, he’s a good player, he can play in midfield as well, so it’s a good piece of business for Wolves.”

It seems that Dublin and Adam think that Wolves have done some good business if they can get the 22-year-old to Molineux.

Would you be pleased with this signing?

Yes, good player to have in the squad

No, he is too expensive

Football Insider have reported that Newcastle United have attempted to hijack Wolves’ move for Maitland-Niles, but considering the Toon reportedly only have a budget of £35m to spend, the rumoured fee of £20m would blow a huge chunk of that.

However, it has been reported that Maitland-Niles is happy to move to Wolves.

Given that he has played in seven different positions in his career and played 100 games for Arsenal, he could be a good addition to Nuno Espirito Santo’s side because he is versatile and has a lot of first-team experience.

It is clear that both Dublin and Adam believe that he will turn out to be a good player for the Old Gold, so it will now just be a question of getting the deal done.