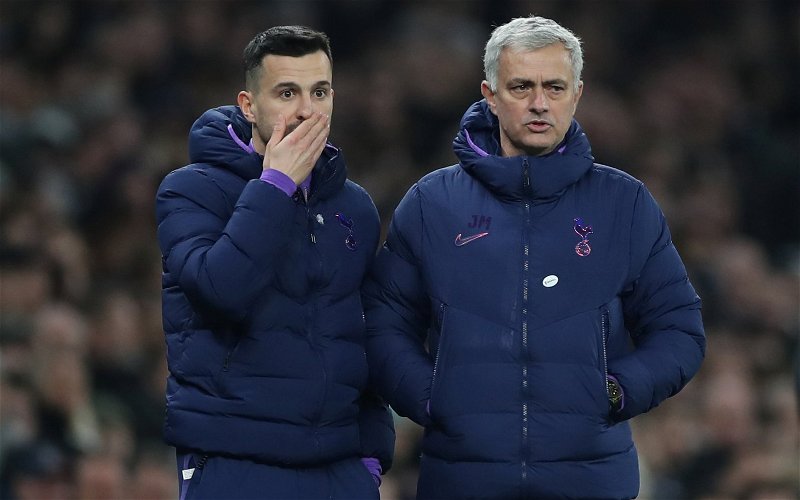 On the latest episode of the Extra Inch podcast, Chris Miller, Nathan Clark and Bardi have been reviewing Tottenham Hotspur’s 2019/20 campaign and looking ahead to some of the transfer business that the Lilywhites could do ahead of next season.

One topic of conversation on the recent episode, which was titled ‘End of Season Review (Part 1)‘, was some of the younger players in the Spurs squad who are likely to get a chance under Jose Mourinho next season.

This summer has already seen Japhet Tanganga commit his long-term future to the Lilywhites, after a breakthrough season, whilst the likes of Dennis Cirkin and Harvey White have been tipped to become a part of the first-team squad next season.

Here’s what Miller had to say about the subject on the podcast:

“Final thing on Mourinho from me is that although I have been really generally down on him because of his ‘winning personality’, the thing that does fill me with some optimism and really makes me feel good about what he could do is the way he’s managed the youth players so far. For example, we’ve finally seen some fairly successful loans. I’m thinking George Marsh and Jack Roles were the two major beneficiaries of that.

“Roles had a really good loan at Cambridge this season, and I suspect he will get a Championship loan off the back of that. Marsh has been at Leyton Orient, has done well, maybe he can go up one more division, but that’s good. The fact that he sent [Troy] Parrott out so early is really encouraging to me and I hope that continues.

“It’s not just that, it’s the fact that he’s stated already that he wants to use Dennis Cirkin next season. He wants to see more of Harvey White. He likes Tanganga, he signed him to a new contract. That’s a really positive step, because I was very down on how we were developing our young players in the last two/three seasons under [Mauricio] Pochettino so that’s a big deal for me.”

Miller certainly seems excited about the way Mourinho has managed some of his younger talent during his time with the Lilywhites. Considering it has been suggested that the Portuguese manager won’t have much to spend this summer, it will perhaps allow younger players such as Cirkin and White to establish themselves as first-team options, especially in the Europa League, with Mourinho recently describing it as:

“A competition where you can perfectly give a chance and work [on] the evolution of the younger players.” (per The Independent)

Are you excited to see more of Spurs' younger players next season?

It will be interesting to see how much of an impact the younger players at Spurs can have next season under Mourinho’s tutelage.