Spurs fans on Twitter have been reacting to an update from Italian football journalist Fabrizio Romano regarding the Lilywhites’ imminent signing of Pierre-Emile Hojbjerg.

The journalist posted on his Twitter page, saying: “Hojbjerg will join Tottenham on a permanent deal from Southampton, confirmed. Here we go.” The post has attracted the attention of a lot of supporters of the north London club, the majority of whom seem delighted with the update.

Spurs have been heavily linked with the Danish international in recent months, and although they reportedly faced stiff competition from Everton for his signing, it seems as if his deal will be confirmed in the coming days. In the most recent Premier League season, the former Bayern Munich man contributed zero goals and one assist in 33 appearances in the top flight, averaging a solid 6.83/10 rating (per WhoScored).

Are you happy with the signing of Hojbjerg? 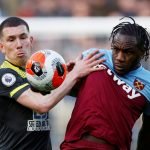 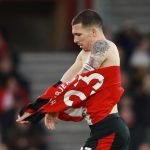 Reaction from Spurs fans to the reported update on Hojbjerg can be seen in the tweets below.

WE ACTUALLY SIGNED SOMEONE pic.twitter.com/KS4DZ8jVsf

Spurs fans are clearly delighted with the update from the journalist.

Levy making an early signing? You love to see it

@HashtagTom_ we lost one great dane in Eriksen, but get another great one. Im telling you, this is a good deal and im super excited as a danish spurs supporter! Spent his teenage years in the Bayern academy pic.twitter.com/DQXYkPd3Ba

Overall, it seems that the majority of Spurs fans are excited by the impending arrival of Hojbjerg.