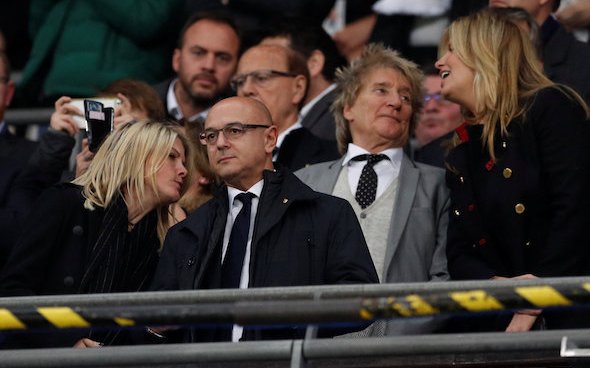 On the latest episode of the Last Word on Spurs podcast, Ricky Sacks and Lee McQueen were joined by football finance expert Kieran Maguire to discuss the finances at Tottenham Hotspur.

One topic of discussion on the recent episode, which was titled: ‘Tottenham Hotspur – Behind the Finances’ – was a potential takeover of the North London club.

ENIC and Daniel Levy have now been in charge of the Lilywhites for 20 years, having taken over from Alan Sugar in 2000 (per The Guardian) and Maguire certainly seems to feel that the club could be a very attractive proposition for any potential new owners.

Here’s what he had to say about the subject on the podcast:

“I think Spurs are a very attractive proposition to a potential owner. We are talking somewhere in the £2-£2.5 billion area. There are plenty of people that can afford that. So, the price won’t be a problem.

“There are plusses in the sense that the stadium is [a] world leader. There’s a plus in that Spurs are in London – London is very attractive – people underestimate just how attractive London is to overseas investors.

“If you’re an American owner, you can fly into Heathrow. You can come along to the match, you can entertain all your family and friends and all the bigwigs that you want to impress.

“So, I think Spurs are very attractive in that way.”

Considering Spurs only moved into their new £1 billion stadium in April of last year, it is perhaps unsurprising to hear Maguire valuing the club between £2 billion and £2.5 billion, should any potential new owner be planning on buying the club in the not too distant future.

Do you think a Spurs takeover is likely anytime soon?

With the Lilywhites having the new stadium, as well as a world-renowned manager in Jose Mourinho, perhaps now would the right time for ENIC to sell the club, and Maguire certainly feels that they would be an attractive proposition, as well as affordable to some.

Although they may not have enjoyed the greatest success on the pitch, with their last trophy coming in 2008, there can be no denying that ENIC has delivered huge financial success, turning the North London club into one of the richest in world football during their tenure.