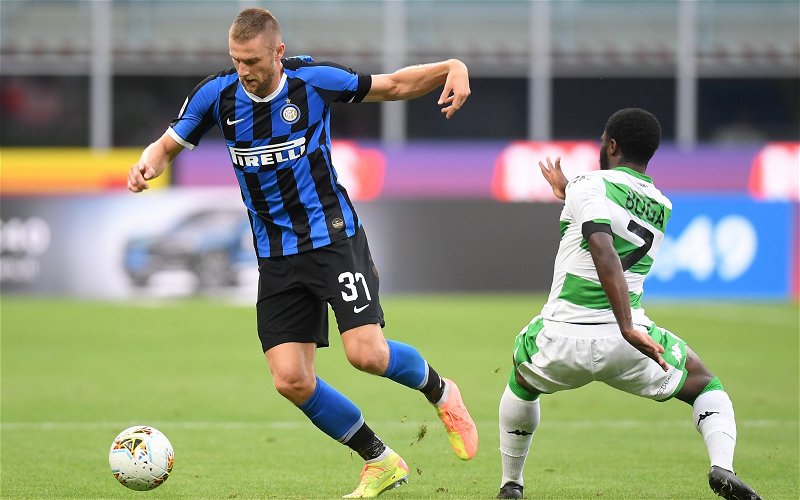 A lot of Tottenham Hotspur fans have responded to a post from Hotspur Related that has relayed reports from Tuttosport (via Sport Witness) concerning Milan Skriniar.

They claim that Spurs’ talks with Inter Milan have ‘intensified’ in recent weeks, but his future could depend on Antonio Conte’s as the centre-back fell out of favour with the Italian.

There is no mention of Tanguy Ndombele specifically, who wants to move to Inter and could be included in any deal for Skriniar.

This post drew the attention of these Spurs fans who want to see the 25-year-old signed but also for the club to keep Ndombele.

Would you be happy if Spurs just signed Skriniar?

No, I want to sign him and keep Ndombele

Yes, would be a great signing

Imagine we get Skriniar and keep Ndombele loool

If we get him and keep Ndombele I won’t speak an ill word of Levy for a year.

If we can keep ndombele and get him, i’ll be very very happy

Skriniar made 32 league appearances for Inter in the 2019/20 season but he was benched for two of the final four league games and it seems Conte is not that keen.

The Serie A giants have made no secret of their desire for Ndombele, so he could be included in a deal for the Frenchman.

However, it is clear that some Spurs fans would want to sign Skriniar and keep Ndombele, but these Tottenham supporters would just be happy with the Slovakian.

This will be epic!! If true

We rate him he’s better than all our current cbs

Jose Mourinho has the likes of Davinson Sanchez, Toby Alderweireld, Eric Dier, Juan Foyth and Japhet Tanganga as options at centre-back, so bringing in Skriniar would provide competition.

However, given that Inter want Ndombele and the Frenchman has fallen out with Mourinho, we could see that becoming a swap deal.

This would give Mourinho an extra centre-back and would allow an unhappy player to leave Spurs.

However, judging by these replies, it would annoy these Tottenham fans.