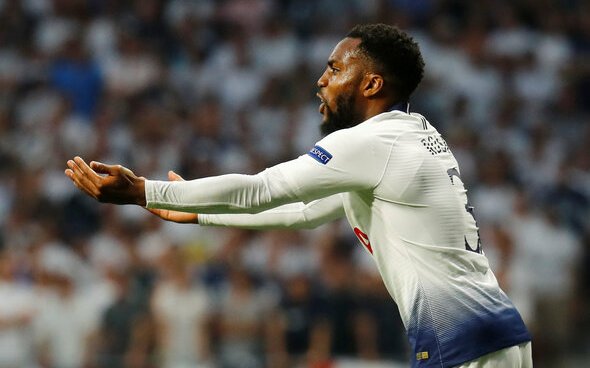 Krakauer shared a post on his Twitter page claiming that he had been told that Rose is ‘between’ Newcastle United, Leeds United and Leicester City, implying that these three teams are interested in signing the left-back this summer.

This post then gathered a lot of replies from Spurs fans who were quick to share their thoughts on this latest update concerning the defender.

Since then, the defender has had numerous loan spells away from the club and racked up a total of 214 appearances for Spurs in which he has managed to score 10 goals and provide 29 assists along the way.

Would you be happy if Spurs sold Danny Rose this summer?

Brilliant, get some more money in for some dead wood

Now that this Spurs news Twitter account shared this update from Krakauer onto their page, this opened the door for lots of Lilywhites fans to have their say on the matter.

However, there were some Spurs fans responding to the post who were not as eager to see Rose leave the club as others were.

Sad to see him go really , been a great player for us …and got it !!! You need players who will run through walls for you and I think he was one of them

It’s a shame that these Spurs fans are so adamant that they want to see Rose leave the London club this summer.

If what Krakauer has said turns out to be true and these three teams are trying to sign the Englishman this summer, it will be intriguing to see which of them manage to secure his signature.