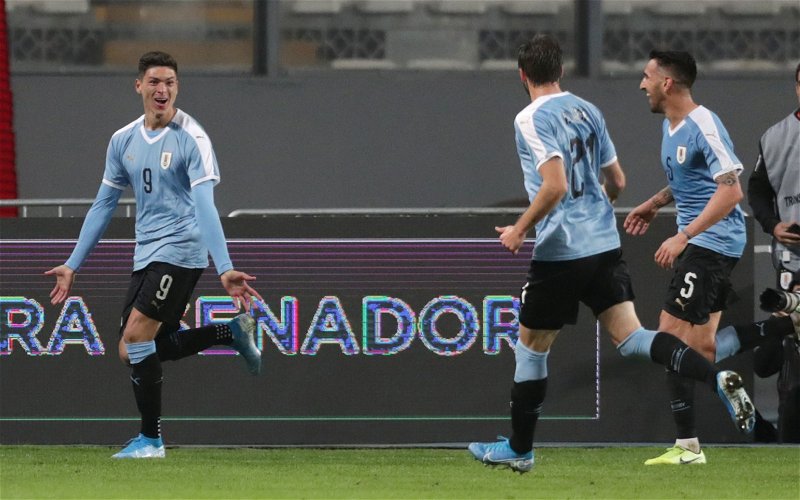 Duncan Castles has been speaking on the latest edition of The Transfer Window Podcast, and he has been discussing transfers for most Premier League clubs, and he spent a little bit of time on Spurs and Darwin Nunez.

Castles revealed that Nunez has been offered to Spurs and many other clubs as his agent is keen to move his client.

It seems as if Nunez has been offered to many other clubs, but Jose Mourinho is looking to see if he can bring Nunez to North London.

He said: “The player that has been proposed for Tottenham is Darwin Nunez, who is a Uruguay international. Just played one game for Uruguay, scored, but had a very good season at Almeria in the Spanish second division, scoring 16 in 30 games.

“He is being proposed to a lot of clubs at present; I think he has an agent who’s doing a very good job of marketing him.

“He’s been offered to a lot of Premier League clubs and generating significant interest, I think partly because of the type of player he is – he’s big, and he’s quick, and he scores goals, particularly on the counter.

“He’s been proposed to Tottenham, and I understand [Jose] Mourinho is looking at that as a possibility.”

Would you be keen for this to happen?

No, would rather someone else

Yes, could be the ideal backup for Kane

Nunez scored 16 league goals last season in La Liga 2, but despite not playing in one of Europe’s top leagues, he has been capped by his country and seems to be generating interest from clubs.

Spurs only have Harry Kane as a natural centre-forward in the senior squad and have been linked with the likes of Callum Wilson and Josh King, but both of those could be expensive.

Nunez is valued at just £9m by Transfermarkt, so he could be available for much less, and given the fact Spurs are working on a restricted budget, a move for Nunez might make sense.