Speaking recently on the Football Writers Podcast, Adrian Clarke stated his belief that Tottenham’s signing of Tanguy Ndombele last summer has turned out to be one of the worst pieces of business this season.

Since making a £54million move from Olympique Lyon last summer, Ndombele has gone on to make 21 appearances for Spurs in the Premier League, scoring two goals and providing two assists, averaging a slightly below par WhoScored match rating of 6.71 – ranking him as Tottenham’s joint-13th-best player this season.

In addition to his slightly subdued league form, Ndombele is also reported to have fallen out with Spurs manager, Jose Mourinho, with one outlet reporting that the Frenchman claimed he will never play for Spurs under Mourinho again.

Speaking on the Football Writers Podcast, Adrian Clarke claimed that Ndombele has been one of the biggest flops this season.

He said: “My worst deal of the season, I’m going to channel my inner Seb Stafford-Bloor here and go for Tanguy Ndombele. Let’s not forget how much he cost Spurs – £63million. I mean, he’s not looked like a £6million player for the bulk of this season.

“He’s someone that I liked before, so I could understand the acquisition, but it’s just not worked out very well at all and Jose Mourinho doesn’t appear to fancy him, so that is a big flop.”

While it is indeed true that Ndombele hasn’t exactly lived up to expectations so far at Spurs, the argument could be made that he hasn’t exactly been given a fair crack of the whip since Mourinho arrived.

Since December, shortly after the arrival of Mourinho, Ndombele has started just five games in the Premier League, in two of which he was substituted off in the 46th minute.

Do you think Ndombele will prove his worth next season? 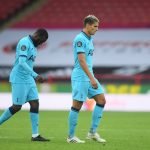 As such, it will be interesting to see whether or not Ndombele remains at the club this summer, as it would appear that opportunities have not been easy to come by for the £40.05million-rated man at Spurs.