Liverpool: Matt Addison discusses Thomas Hill and his new contract with the club 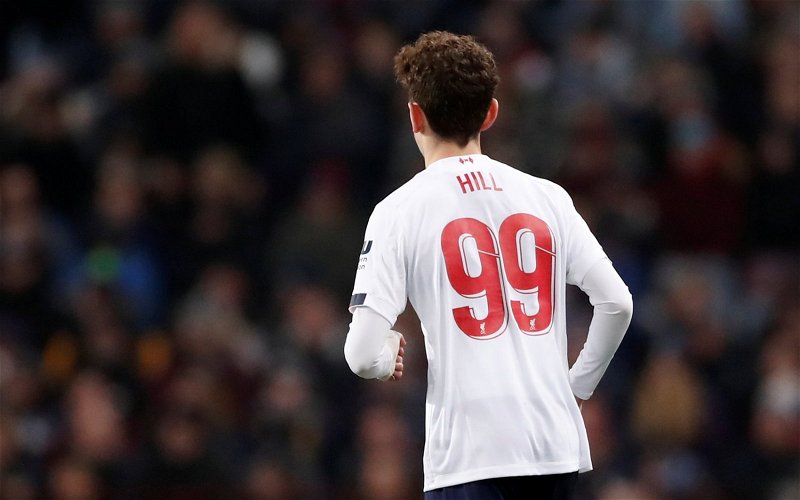 According to a statement on the club’s official website, Hill, who has been with the club since Under-6 level, has ‘signed a new contract to extend his stay at Liverpool FC’.

The club describe the 17-year-old attacking midfielder as a ‘tenacious player who works hard out of possession’ and has a ‘talent for timing late runs into key areas’.

Hill also started in Liverpool’s League Cup defeat to Aston Villa, in which the club fielded their then-youngest-ever side due to first-team commitments in the Club World Cup.

As per the club’s website, the midfielder also broke into the Liverpool U23 side last season, as well as the UEFA Youth League team – an impressive feat considering the player’s age.

On the subject of Hill, Addison discussed the new deal for the 17-year-old on the Blood Red podcast, suggesting that he is one to watch for the future.

He said: “It’s been an absolutely brilliant year for the player, nine goals from midfield – it’s an impressive return. Obviously, the academy season was cut short in March, so he probably would have added a couple more, at least, before the end of the season.

“He’s one of those players that has impressed, certainly someone that we’ve talked about a lot since the turn of the year. Tenacious presser, he is one who really understands that system really well.

“So a new contract is just rewards, really, for his progress and the obvious next step. He is one of those when the academy fixtures start up again, and I believe that will be probably next month or into October, certainly, he is one to watch out for.”

With Liverpool blooding so many youngsters last season over their League Cup and FA Cup campaigns, it would certainly appear as if the future is bright for the club, with many younger players featuring in the club’s 1-0 victory over Everton in the FA Cup, as well as the Reds’ 1-0 replay victory over Shrewsbury in the following round of the competition.

Are you pleased that Hill had penned a new deal with the club?

And it would appear from Addison’s comments that Hill is very much front and centre of these youth prospects, and will definitely be one to keep an eye on over the next few seasons.