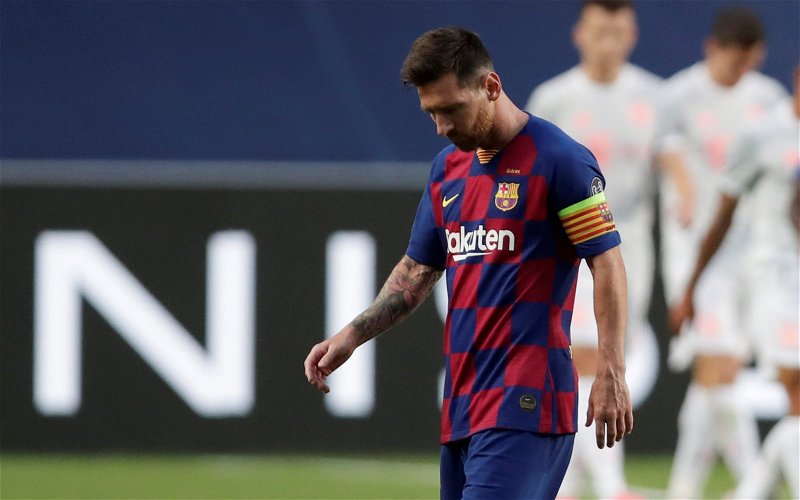 Liverpool journalist Matt Addison has been sharing his thoughts on the possibility of a move to Anfield for Barcelona’s Lionel Messi.

This comes after Addison recently made an appearance on the Liverpool Echo’s Blood Red Podcast where he discussed the latest news topics concerning the Merseyside club at the moment.

After it was recently reported that Messi has made it clear to Barcelona that he wants to leave the club, Addison shared his thoughts on the possibility of the Argentine moving to Liverpool this summer.

He said: “I think it’s interesting that Liverpool are not, well certainly financially, they’re not in a place where you would think that they could afford Lionel Messi, but I suppose if you were going to break that wage structure and go all out for anybody, it would be him.

“I would love to see him in a Liverpool shirt, of course, I would. It would be amazing to cover Liverpool with a player of that stature in the team. I don’t think that will ever happen, of course financially, as I say, it doesn’t seem economically plausible.”

Since he made his senior debut for Barcelona back in 2004, Messi has had a ground-breaking career at the Spanish club, scoring a stunning 634 goals in 731 total appearances.

Throughout his career, the 33-year-old, who is currently valued at £100.8 million, has collected a plethora of trophies at Barcelona as well as numerous individual awards, including six Ballon d’Or awards (per Transfermarkt).

Would you like to see Lionel Messi at Liverpool?

Given his astounding goals and assists record at Barcelona, it would be safe to assume that any club in the world would take Messi in their squad if the opportunity presented itself.

However, as Addison mentioned in the podcast, it would seem that the financial aspect of a potential deal for Messi would be a big hurdle for the Reds to overcome if they were interested in signing him.