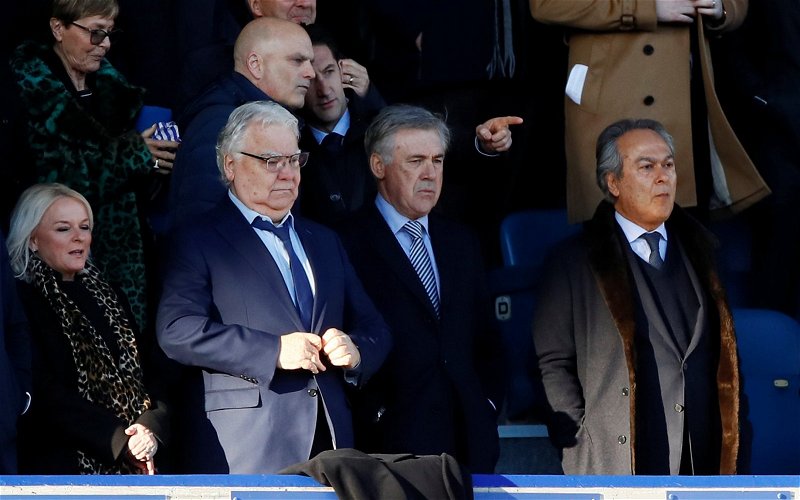 Since taking over as director of football at Everton in May 2018 – having previously held the same role at RKC Waalwijk, AZ Alkmaar and PSV Eindhoven – Brands has overseen the signings of players such as Alex Iwobi, Moise Kean, Andre Gomes, Jean-Philippe Gbamin, Fabian Delph, Lucas Digne, Yerry Mina and many more.

However, considering Everton’s league finishes of eighth in the 2018/19 Premier League season, and 12th in the 2019/20 season, questions could be raised as to whether the Toffees have got their recruitment strategy correct.

This is something that Ornstein spoke about in his latest video, with the journalist suggesting there could be some friction between the director of football and the Everton owner.

He said: “There is a wider picture to this, in that the owner, Farhad Moshiri, at Everton, we know he’s very heavily involved and he’s said to have some trusted advisors who he seeks the counsel of. Then on the football side at the club, you have Marcel Brands and, of course, Carlo Ancelotti as manager.

“It sounds like there is a bit of tension there, Brands only has a year left on his contract and he’s very strong-willed and has very clear ideas about where he wants to go, and I’m sure the owner does as well. So let’s wait and see how this market develops and whether they’re all singing from the same hymn sheet or whether any problems emerge.”

Do you think Marcel Brands has done a good job as Everton's director of football?

As such, it would appear that Ornstein is of the belief that there could be some tension between the owner and director of football at Everton, however, whether or not this will affect the club in this summer’s transfer market remains to be seen.

Either way, the impression that is given from the comments of Ornstein is that once Brands’ contract is up at the end of the season, his future could come into question.