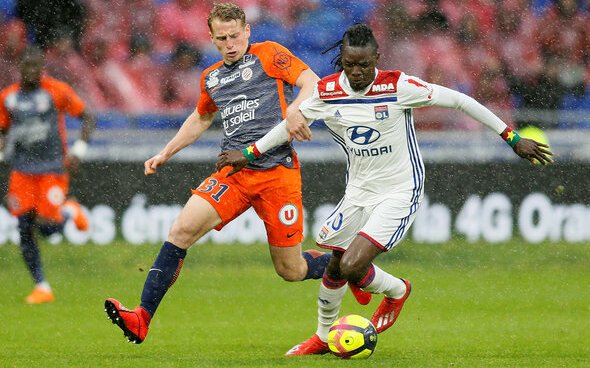 The report by Sky Sports claims that the winger has ‘been watched’ by a number of Premier League clubs, and that the French club are ‘prepared to sell’ the 24-year-old depart this summer.

Traore joined Lyon in a £9 million deal from Chelsea back in 2017, and has so far gone on to make 126 appearances for the Ligue 1 side, scoring 33 goals and providing 17 assists.

Last season, the Burkina Faso international featured 23 times in the league for Les Gones, scoring one goal and providing three assists, averaging a WhoScored match rating of 6.95 – ranking him as the club’s eighth-best performer.

In the Champions League, the winger has featured five times, scoring one goal and earning an average match rating of 6.79.

While these statistics are not exactly mind-blowing, they are still impressive, so it is slightly surprising to read that the French side are willing to part with the £8.55 million-rated man.

However, their loss could be Crystal Palace’s gain.

The South London side will be looking for a new winger, should Wilfried Zaha actually leave the club this summer after once again stating that he wants to leave Selhurst Park, and, considering the fact that the club are keen to lower their squad’s average age by signing younger players, at 24-years-old, Traore certainly ticks that box.

Would you be keen to see Palace make a move for Traore this summer?

However, it appears that they will have stiff competition, with Newcastle, Leicester City, Everton also said to be keen on the winger, so whether or not Palace manage to beat their league rivals to the signing of Traore, only time will tell.