Crystal Palace: Eagles ‘not believed to be far apart’ with Bochum in bid for Armel Bella-Kotchap 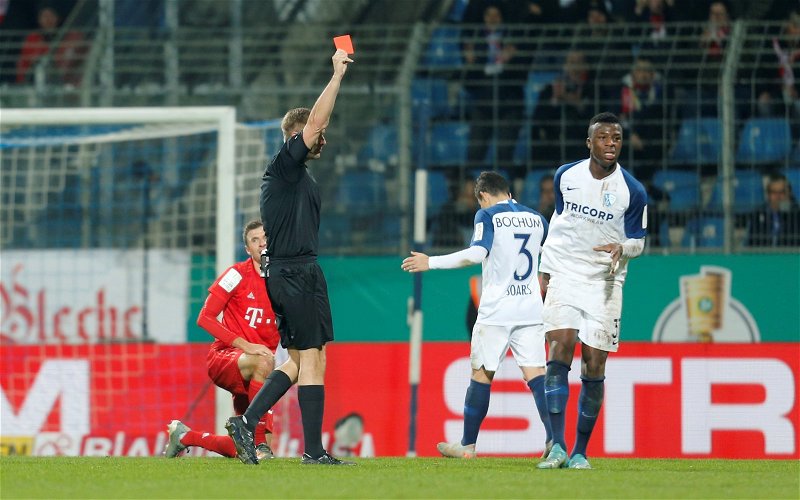 According to recent reports, Crystal Palace have submitted an offer for Bochum centre-back Armel Bella-Kotchap, and are ‘not believed to be far apart’ with regards to the club agreeing a fee.

The reports by The Athletic claim that while no figure has been agreed as yet for the 18-year-old, there is not much separating the two clubs in terms the finances of the deal, with Bochum said to be more than willing to sell the £2.07 million-rated Germany youth international this summer.

A report earlier this summer, also by The Athletic, claimed that the potential signing of Bella-Kotchap was part of a wider plan for Crystal Palace, who are looking to bring the average age of their squad down ahead of next season by recruiting younger players over the transfer window.

And, although they are still yet to get the deal for the centre-back over the line, the earlier signing of Nathan Ferguson would indeed fit the bill for Palace signing younger players, with the defender, formerly of West Bromwich Albion, being just 19 years old.

Would you be happy to see the club land Armel Bella-Kotchap this summer?

With Palace having the oldest squad in the Premier League last season, the fact that the club are actively trying to recruit younger players this summer is perhaps a good sign of things to come for the south London side.

Earlier this year, Bella-Kotchap was linked to an array of European heavyweights (via The Sun), which may suggest that Palace could be pulling off a considerable coup were they to lure the youngster to Selhurst Park.

Over the course of the summer, the club have also been linked with the likes of 24-year-old Brentford striker Ollie Watkins and 22-year-old Queens Park Rangers attacking midfielder Eberechi Eze, so it would indeed appear as if there is very much a focus on bringing in youth, which, in our opinion, can only be a positive for Palace.