Arsenal: Podcaster on whether Willian would improve the squad

Drew Thompson, a contributor on The Gooner Talk, has been discussing Brazilian winger Willian, who is being heavily linked with a move to Arsenal.

The 31-year-old, who will turn 32 later this month, looks set to leave Stamford Bridge as a free agent at the end of August, and according to reports, the Gunners appear to be leading the race for his signature. According to Sky Sports, the north London club have made a formal three-year contract offer to the former Shakhtar Donetsk man.

Given Arsenal have recently announced they have proposed 55 redundancies due to the impact of the recent viral outbreak, you could argue the club, if the reports are indeed accurate, are in no position to be offering somebody in the later stages of their career such a lucrative contract.

Putting the financials to one side, Thompson believes that from a solely football perspective, Willian would enhance the current squad. He told the panel:

“Willian is a better footballer than they are, will that improve us? Immediately, yes. Will it give us more consistency in performances? Yes. Will it give us a deeper bench moving forward into a season that now includes Europa League? Yes. These are all factors you have to look at when you’re building a squad.” 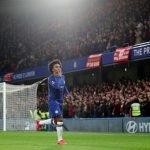 Willian made 36 appearances in the Premier League for Frank Lampard’s side during the 2019/20 campaign, scoring nine goals and providing seven assists (via WhoScored) – highlighting that he is still capable of producing regularly at a very high level.

His average performance rating in the top flight last season was 7.31/10, making him Chelsea’s most consistent performer, so based on that, it’s difficult to argue against Thompson’s points.