Leeds United fans on Twitter have flocked to a tweet from Phil Hay regarding the fitness of Liam Cooper and Stuart Dallas, ahead of their game against Blackburn Rovers at the weekend.

The Athletic journalist confirmed on Twitter that Cooper should be back for the game against Tony Mowbray’s side on Saturday, but Dallas will probably miss out. This has attracted the attention of plenty of Leeds fans, who were quick to share their opinion on the matter.

Marcelo Bielsa’s side is currently top of the Championship following their 1-1 draw against Luton Town on Tuesday night and will be looking to pick up another three points in their pursuit of promotion on Saturday afternoon. Dallas scored the equaliser in the game against Luton but picked up an injury later on in that match, which looks as if it will rule him out of the game at Ewood Park.

Who would you rather see start ahead of Dallas at left-back? 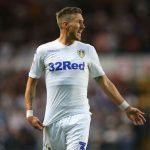 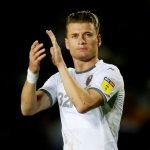 Cooper, meanwhile, looks as if he will be fine to play on Saturday despite picking up a knock on Tuesday night, which will no doubt be a boost for Bielsa, considering that the Scottish centre-back has made 33 appearances in the Championship so far this season; averaging an impressive 7.04 rating (per WhoScored).

Reaction from Leeds fans to the update from Hay can be seen in the tweets below.

Great news if we have coops back for Blackburn alaw ?

Could be a blessing in disguise, I really think we’d benefit from a natural left footer at LB, whether that be Douglas or Alioski.

Lots of Leeds fans think that Barry Douglas is a natural replacement for Dallas at left-back.

Douglas will surely start so Phil.

Douglas to LB, Alioski LW and Harrison over to RW. Take Costa out and bring him on later to run at the defence.

Douglas in for set pieces. Alioski coming on for high energy drive.

One fan suggested that not having Dallas would be a massive loss.

Overall, although some feel losing Dallas is a blow, most fans seem to agree that the table-toppers have enough people to cover for him against Blackburn on Saturday.