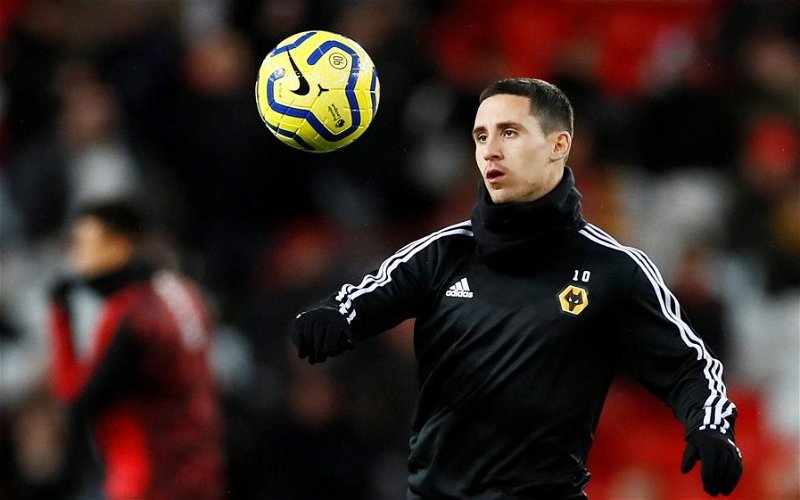 Kightly was a Wolves player for six years having joined from Grays Athletic in 2006 and departed for Stoke City in 2012 (per Transfermarkt).

In that time, the now-34-year-old Englishman bagged 24 goals and 36 assists over 127 appearances for the Molineux club.

Podence has been a Wolves player for just five and a half months since singing in January (per BBC) and in that time he has made just nine appearances for the Molineux club in which he has two assists.

On the latest episode of The Athletic’s The Molineux View Podcast, though, Kightly was full of praise for Podence’s latest performance, which came against Everton.

He said: “I thought he was really, really good. I was surprised that he never came on in the Sheffield United game. Fair play to Nuno [Espirito Santo], he probably realised that he made a mistake and he’s stuck him in against Everton.

“[There was] no better way for Podence to show Nuno what he’s been missing, if you like. I thought his performance was really good.

“He looked sharp, he looked strong. Every time we got the ball, he looked like he was going to make something of it. He’s exactly what Wolves need.

“When [Adama] Traore doesn’t play, it feels like sometimes they do lack that little bit of pace and someone to light up the game and he definitely did that. So, it’s great news for Nuno and great news for Wolves fans.”

As can be seen in what the former Wolves winger had to say, he evidently highly rates the 24-year-old attacker and was impressed by his showing against the Toffees.

Is Daniel Podence going to be a star player for the Old Gold?

Yes, he has the attributes

For the outing against Carlo Ancelotti’s outfit, the winger was awarded a 9/10 performance rating (per Express and Star), so, it is clear that his showing was indeed impressive.