Wolves: Dave Edwards discusses what the club will do in the next transfer window 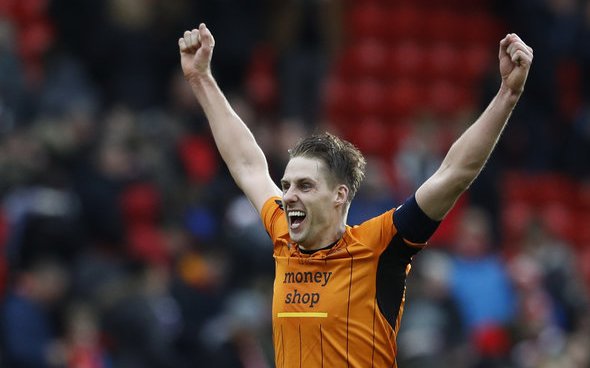 Former Wolverhampton Wanderers player Dave Edwards has been discussing what the Old Gold will do in the next transfer window.

It has been reported that the current viral outbreak will lead to a large collective financial loss amongst Premier League clubs which could total around £500m (via The Guardian).

It has even been reported that some top-flight clubs, such as Tottenham Hotspur (per Evening Standard), will only be making swap deals and free transfer signings this summer.

So, in the latest episode of The Athletic’s The Molineux View Podcast, the former Wolves man Edwards discussed what he thought the club would be doing in the next transfer window.

He said: “I think they won’t recruit a lot of players. That’s not the way they do it I don’t think and they can show this season they can handle playing with a small squad. So, it’s not going to be lots of players coming in.

“But I think what he will try and do is bring in players who can really break into that starting 11.

“As you’ve seen with players like [Adama] Traore, I’m sure [Daniel] Podence will be the same, they’re never going to get straight into the team unless they obviously know exactly how they’re going to play and they fit into that.

“It does take time for them to work out exactly how Nuno [Espirito Santo] wants to play.

“So, someone coming in and making a big difference straight away, I think that’s unlikely. I can’t imagine him [Nuno] going out and getting a real star name.”

As can be seen in what the 34-year-old midfielder had to say, it seems that he believes that Wolves will not sign lots of players and won’t recruit any star names.

However, what else is clear from what Edwards had to say is that he believes that Nuno Espirito Santo will purchase the right players that will eventually fit into his system.