According to a report released by Sky Sports earlier this week, the Hammers are interested in acquiring the services of the 21-year-old Nigeria international.

However, the striker is also of interest to Scottish Premiership side Rangers, who view Maja as a possible replacement for Alfredo Morelos.

So, in the latest episode of The West Ham Way podcast, @ExWHUemployee discussed the transfer link between the club and the player.

He said: “In terms of forwards we will, at the moment, be keeping [Sebastien] Haller, but we want to sign another backup one to replace [Albian] Ajeti.

“I’ve talked about some of the Championship ones. Maja has been linked. He’s the guy that plays in Bordeaux, was at Sunderland.

“There have been links to him, I’ve mentioned him on the show previously.

“I think they’re probably genuine if he leaves Bordeaux; [he] seems to have quite a lot of potential, that guy.”

So, seemingly Sky Sports are correct in their report by stating that Moyes wishes to link up with Maja again having managed the striker during his time at Sunderland.

Would you be happy if West Ham signed Josh Maja? 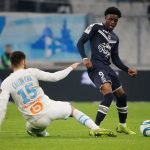 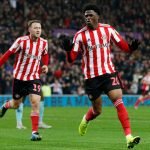 However, the 21-year-old forward, who is valued at £5.67 million (as per Transfermarkt), bagged a weak 6.51/10 average rating in Ligue 1 for Bordeaux last season after scoring six goals in 21 appearances (per WhoScored).

So, perhaps Moyes may be better off looking for a backup striker elsewhere this summer.