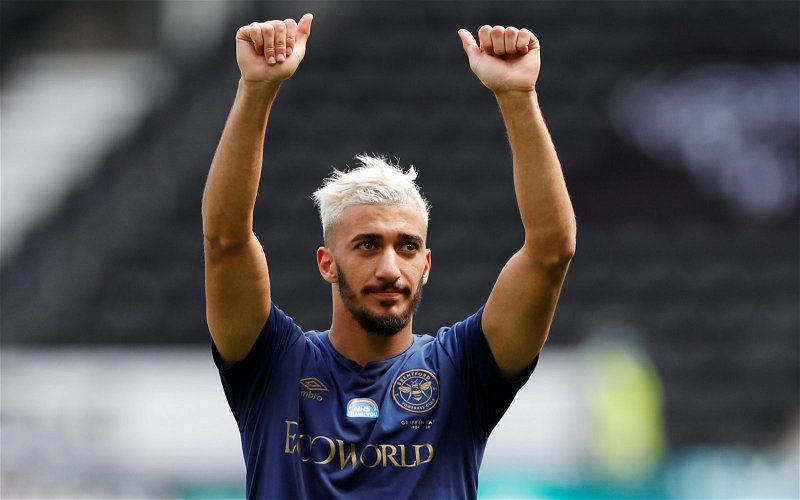 A Football Insider report claims that West Ham United might be able to use a connection between the Sullivan sons and Said Benrahma’s agent, Will Salthouse, to get the Algerian to the London Stadium.

The report claims that Salthouse and Sullivan’s sons party together in Ibiza and that because of the connection between them, David Sullivan favours a move for his client Benrahma over Eberechi Eze.

In fact, some of Salthouse’s other clients also currently play for the Hammers, with Michail Antonio, Aaron Cresswell, Ryan Fredericks, and Darren Randolph all represented by Salthouse’s agency.

The piece also claims that West Ham are looking to get rid of Felipe Anderson and want to recoup most of the fee they paid for him.

Yes, would add some real flair

Benrahma, who is valued at £9.45m by Transfermarkt, has been in scintillating form for Brentford as they finished third in the Championship and just missed out on automatic promotion.

In 44 appearances, the 24-year-old has scored 17 goals and provided nine assists (Transfermarkt) and has earned an average rating of 7.5/10 (WhoScored).

The Hammers, though, are not alone in wanting Benrahma, with the likes of Leicester City and Chelsea among the clubs also thought to be looking at him.

However, this connection between his agent Salthouse and the club could see the Algerian swap Brentford for West Ham.

Before any of that though, he has to help the Bees in the play-offs to see if they can be promoted to the Premier League.

Thomas Frank’s side currently trail 1-0 from the first leg, but they will be hoping that Benrahma can find some of the form he has shown throughout the season to help them turn it around.