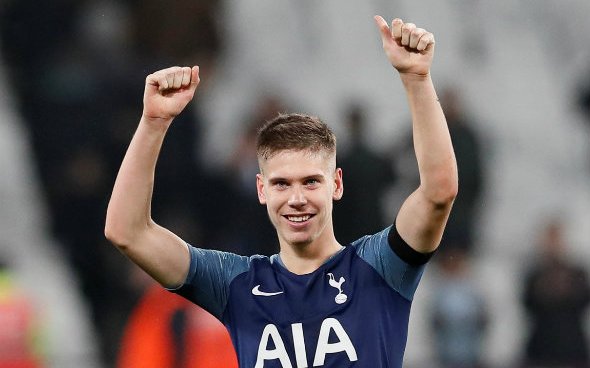 Ricky Sacks was joined by Sky Sports reporter Jamie Weir, DJ Amy Lauren, and Jack Abbott on the most recent edition of the Last Word On Spurs podcast, with the panel spending some time discussing Tottenham Hotspur defender Juan Foyth during the show.

Foyth has not made too many appearances for Spurs this season. The 22-year-old Argentina international has made just seven appearances for Tottenham in all competitions this term, with four of them coming in the Premier League. He hasn’t made a top-flight appearance for the Lilywhites since December and the Argentinian is currently sidelined due to a meniscal injury.

Weir brought up the topic of Foyth’s current situation, saying: “How disappointing is [the] Juan Foyth thing? Because I really think he could’ve been the man in that right-back position, and it just has not happened for him.”

Sacks then replied to Weir, revealing that he believes Foyth is not suited to the style of current Tottenham manager Jose Mourinho. He said: “With Mourinho, I look at the model of defenders he’s had in the past, for me he’s just not that kind of model. He’s just kind of a very meek, mild defender, ball-playing, a bit weak.”

Weir was in agreement with the podcast host’s opinion, responding to him by saying: “He’s had some bad luck with injuries as well, he’s still very young, who knows, but you do get the growing impression – Mourinho has his favourites, doesn’t he? And clearly Juan Foyth isn’t one of his favourites and I do think his days at the club are probably numbered.”

Given that before his current injury, Foyth was regularly left out of Mourinho’s matchday squads, it may be understandable why Sacks and Weir believe that the defender is not one of the Portuguese manager’s favourite players at the north London club, and with that in mind, Weir may be right in saying that the £12.15m-rated man’s ‘days at the club are probably numbered’.