Fans of Tottenham Hotspur have been reacting to a post on Twitter, which relays quotes made by manager Jose Mourinho regarding summer transfers.

In a recent article written by Alasdair Gold for Football.london, the journalist relayed remarks made by Mourinho regarding this summer’s potential transfer business.

After some of Mourinho’s quotes were relayed on Twitter by The Spurs Web, fans of the club flocked to have their say on the matter, with many calling for ENIC Group – owned by  Joe Lewis and Daniel Levy – to sell the club.

8th richest club in the world, don’t believe the stories saying spurs have no money.

Thought mourinho would be different

After spending no money whatsoever on new players throughout the 2018/19 season, Spurs did eventually splash the cash last summer, bringing the likes of Tanguy Ndombele, Steven Bergwijn, Ryan Sessegnon, Giovani Lo Celso and Jack Clarke to the club within the past year, totalling a £133.65 million spend on incoming deals.

However, with Spurs currently sitting in eighth place in the Premier League table, it would seem that these incoming deals have not exactly improved the side – as Spurs finished in fourth place last season, as well as reaching the Champions League final.

Is Levy disgracing the club? 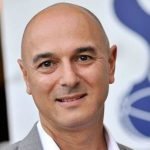 And, judging by Mourinho’s comments, it would seem as if the club are not likely to spend a great deal of money over this summer, leading to many more Spurs fans venting their frustration at the club.

no money no improvement #Enicout

This rhetoric is identical to poch. Levy is one ruthless control freak https://t.co/rrub95eg6L

As such, it would certainly seem as if these Spurs fans are fed up with the way that they perceive their club to be run by Levy and Lewis.