Fans of Tottenham Hotspur have been reacting to a post on Twitter, which relays reports that the club have offered Chelsea’s Willian a contract.

According to Football Insider, Spurs have offered the Brazilian a ‘lucrative contract’ as well as a ‘multi-million signing-on fee’ – with the winger looking set to leave Stamford Bridge at the end of his current contract, which expires this summer.

After the news was relayed by The Spurs Web on Twitter, fans of Tottenham have flocked to have their say on the matter, with many questioning why their club want the 31-year-old.

Waste of space going after this donny

A couple of fans were slightly more positive.

idc man he’s so much better than lucas https://t.co/dPmYBqMbfm

Despite the obvious concerns of these Spurs fans, Willian has proven that he still has plenty to offer in the Premier League this season – particularly in Chelsea’s recent fixtures.

Over the course of this term, Willian has scored nine goals and provided seven assists over his 33 league appearances for the Blues, averaging an impressive WhoScored match rating of 7.37/10 – ranking him as the club’s second-best performer so far this season.

Do you want to see Spurs sign Willian this summer? 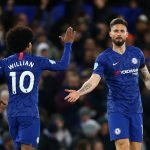 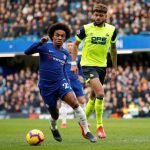 In addition to this, over the last four appearances Willian has made for Chelsea in the league, he has scored four goals and provided two assists.

As such, considering these impressive performances, as well as the fact that Chelsea currently occupy third place in the Premier League table, while Tottenham sit in 10th (prior to Thursday’s fixtures), it would seem as if Willian would indeed be a good signing for the club, despite his age.

Half a decade to late

He has been playing insanely well after the restart but come on, willian? He’s too old, we need to invest in young ppl.

In any case, it would seem that despite the fine form of Willian this season, many of these Spurs fans do not want to see the 31-year-old join their club this summer.