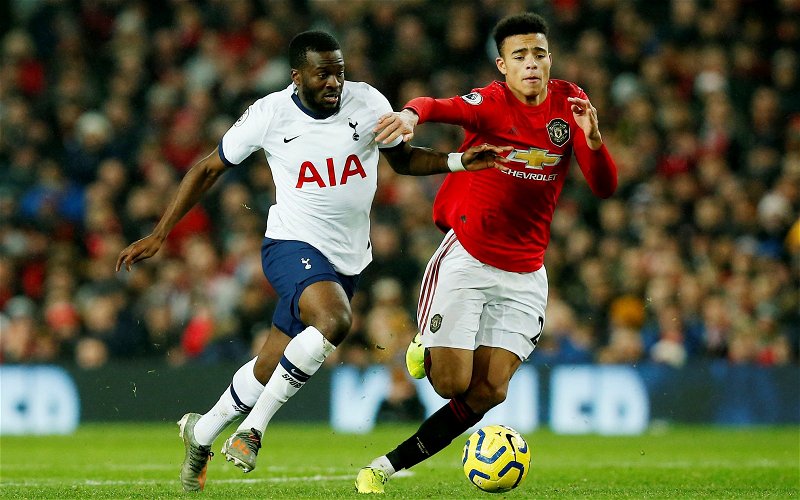 On the latest episode of The View From The Lane, a Tottenham Hotspur podcast for The Athletic, Jack Pitt-Brooke, James Maw and Charlie Eccleshare have been discussing the latest goings-on at the North London club and looking ahead to the game against Sheffield United.

One topic of conversation on the recent episode, which was titled: ‘Could Dier and Ndombele go?‘ was the future of the French midfielder. It has been suggested that the 23-year-old could now see his future away from the North London club after he was left on the bench for Spurs’ first two fixtures after the Premier League restart.

Barcelona and PSG have both been linked with a move for the former Lyon man, but Pitt-Brooke has suggested that it could be the Ligue 1 side who are the favourites to sign him this summer:

“Although we wrote in our piece the other day that Barcelona had opened talks for a potential loan move, having had a few more conversations in the last few days, I now think that PSG sounds more likely.

“I think the fact that PSG could buy him outright and Spurs could get their money back, something which Barcelona have no prospects of doing at all this summer, [it] obviously puts PSG in the driving seat.”

“Ndombele is also great friends with Kylian Mbappe from the first time that the two of them were in the France squad together. PSG did try to sign him when he was at Lyon, and he decided to go to Tottenham but I’m told that he now thinks he should have stayed in France and gone to PSG instead.

“He is from the Paris suburbs, after all, so I get the impression that that is now the likeliest outcome.”

Considering the disappointing first season that Ndombele has endured with Tottenham, it would be interesting to see how they would respond to a potential offer from PSG, although you would expect that they would want to at least recoup the £54 million they paid for him last summer.

The Frenchman has completed 90 minutes just three times in the Premier League so far this season (per Whoscored), with his fitness having regularly proved to be an issue.

It will be interesting to see if Ndombele is given a chance by Jose Mourinho in the remaining Premier League fixtures, and if he isn’t, perhaps it wouldn’t be a surprise to see him leave the Lilywhites this summer if both Barcelona and PSG are truly interested.