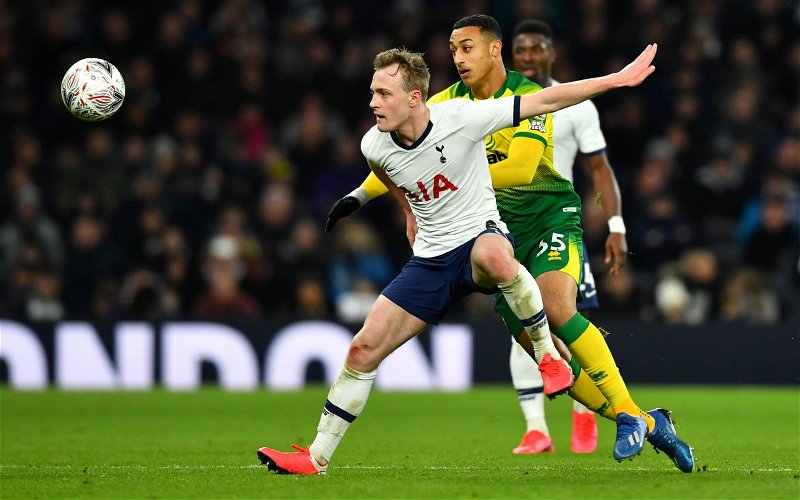 On the latest video for his YouTube channel, Football.london journalist Alasdair Gold has been discussing the latest goings-on at Tottenham Hotspur, reflecting on the 3-0 win against Leicester City last weekend, as well as some members of Jose Mourinho’s squad, and looking at some potential transfers the north London club could complete this summer.

One topic of conversation on the recent video was Oliver Skipp. The Spurs academy graduate signed a new contract until 2024 with the Lilywhites earlier this month, and was described by Jose Mourinho as a potential future captain of the north London club (per Sky Sports). The 19-year-old has made just 22 appearances for the senior side at Spurs; contributing no goals and two assists (per Transfermarkt).

Here’s what Gold had to say about the youngster’s new deal and his future with the club:

“I just want to quickly talk about Oliver Skipp. I asked Mourinho about Skipp – he’s signed a new contract – and Mourinho went into this thing which totally surprised me, [he said] that Oliver Skipp will be a future Tottenham captain. He said very clearly, that will happen. He said he wants to go out on loan next season, whether it’s for six months or a year. He said, to be honest, I’ve been quite selfish with him this year, in telling him to stick around because we needed him for the squad, but I think that might be best for him next year just to go out and get some development.

“I do wonder whether it actually might be a Premier League team, perhaps one coming up or maybe even if you are going to the Championship, maybe one of those teams that will have just gone down. He’s got a big future ahead of him. I don’t want to wax too lyrical about ‘Skippy’ because I’ve watched a lot of him at academy level and I’ve spoken about him before and people know my thoughts on how good he can be, but I thought that was fantastic from Mourinho to say. To immediately come out and say that this kid is going to be one of the future Tottenham Hotspur captains, I thought was great, and it’s massive for the guy.”

Gold was clearly surprised, but also impressed, with the way Mourinho spoke about Skipp following the announcement of his new contract.

Do you agree that Skipp could be a future captain? 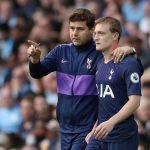 Although the 19-year-old has found game time hard to come by this season, making just three starts in all competitions, from what Gold says, Mourinho clearly feels that he has played his part with regards to helping out the team when relied upon, and deserves a loan move next season to really show people what he can do.