Melissa Reddy has suggested that a potential move to Liverpool for Bayern Munich’s Thiago Alcantara could be dependent on how the market is impacted by the recent global pandemic.

The Spanish midfielder has been linked with the Anfield club and according to Tuttomercato, an agreement has been reached between the Reds and the player.

The 29-year-old, formerly of Barcelona, signed for the Bundesliga giants in 2013 for a fee of £22.5m. Since joining the Bavarian club, Thiago has won the German Cup four times and this season picked up his seventh consecutive league title. The midfielder has made 150 Bundesliga appearances, scoring a total of 17 goals.

With his current contract set to expire in June 2021, there have been suggestions that the player could be looking for a new challenge, perhaps the type that coming to the Premier League would offer.

Speaking on a recent episode of the Indy Football Podcast, Melissa Reddy revealed how she believes the Reds will approach this summer’s transfer window and that a potential move for Thiago is reliant on a number of “moving parts”.

She said: “I think [the global pandemic] probably means that they have to wait to see how the market settles and only make decisions towards the end of it.

“With Thiago, the club have not backed the talk, but because he’s a world-class player, you always have that doubt in your mind of if things change drastically in the window; for example, if Bayern are willing to reduce the fee by quite a bit still because no one else has come to the table, if he’s certain that Anfield is his destination of choice, if there’s no better option at the moment and Liverpool think maybe we could get him in for two seasons.

“There’s a lot of moving parts, but I think Liverpool will be comfortable in waiting to decide how those parts will fall.”

Would you like to see Thiago come to Anfield this summer? 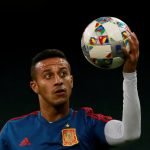 Thiago has been Bayern Munich’s fourth most-consistent performer this season with an average performance rating in the Bundesliga of 7.47/10 (via WhoScored.com). Taking into account the level of consistency with which he has performed, his vast experience of winning trophies and his ability to pass, dribble, tackle and intercept possession, we believe if a deal can be reached, he would be a great addition to Jurgen Klopp’s side.