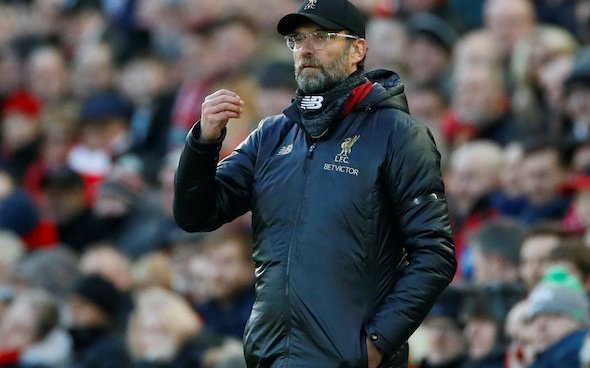 This comes after he recently made an appearance on a new episode of The Redmen TV Podcast to look ahead and preview the match against Pep Guardiola’s side.

After being asked on whether or not he expected Liverpool manager Jurgen Klopp to play his strongest possible team at the Etihad, Kelly shared his thoughts.

He said: “Yes, he will. I think he will because I think there’s a lot on the line here for not only wanting to just get one over City anyway but in general, you don’t want to lose your first game in which you’ve just won the league.

“You definitely don’t want to do it against the team has just given you the trophy and I think he’ll be desperate to win here [at the Etihad].

“I think there’s a lot of respect, but there’s also a big rivalry between him and [Pep] Guardiola so he’ll be looking to get another one over Guardiola and I think for the fans as well, he’ll know how much this game means to us and what it will mean to not only have taken the trophy off City but also win and add to their misery.

“I think he goes with the same 11 [that was played] against [Crystal] Palace, to be honest.”

Would you start Liverpool's strongest XI against City?

Liverpool were recently crowned Premier League champions after City fell to a 2-1 defeat away at Chelsea.

Now that with a match against the Manchester club on the horizon for Liverpool, this gives the Reds the opportunity to increase the already substantial points gap between them and City.

It would make sense that Klopp would play his strongest possible team to face City as they would no doubt be wanting to try and gather as many points as they can before the season comes to an end.