In recent comments made during a discussion on The Athletic, Crystal Palace correspondent Matt Woosnam discussed the former Palace player and Leeds United target, Jadan Raymond.

Following the end of his Crystal Palace contract on June 30, it has been reported that Raymond has been in talks with numerous clubs, including Portuguese side Vitoria Guimaraes and Marcelo Bielsa’s Leeds United.

In a piece co-written by Phil Hay and Woosnam, also on The Athletic, it was stated that the 16-year-old was in ‘advanced talks’ with Leeds, after rejecting a three-year contract at Selhurst Park.

However, when asked for an update on the situation of the midfielder in a recent discussion on The Athletic, Woosnam claimed that ‘nothing stops’ the player from signing a new deal with Palace.

Woosnam wrote: “I haven’t heard anything more on Jadan Raymond. His contract expired with Palace on June 30 so he is out of contract, but nothing stops him from either signing a scholarship with pro attached at Palace, or doing so at another club.”

While it would indeed be surprising if Raymond were to seemingly U-turn on his original decision to reject the contract offered to him by Palace, judging by Woosnam’s comments, it appears that this still remains a possibility.

However, with Leeds offering the midfielder the ‘promise of a pathway‘ to first-team football, as well as it being stated that ‘the path to the first team at Palace would be a slow one‘ – it would seem as if Leeds still hold the upper hand in the situation.

Do you think Jadan Raymond will sign a professional deal with Palace? 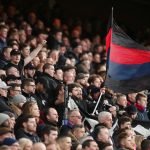 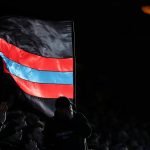 In any case, at present, it would appear that the future of Raymond is very much still up in the air.