This comes after Stokes recently made an appearance on Up The Villa, a YouTube-based podcast to discuss everything going on at the Birmingham club.

After being asked by the host Luke Robinson on who the best player he has seen whilst watching Villa play in the Premier League this season, Stokes chose City’s Belgian midfielder as his pick.

“I think he’s probably one of the best players in the world. He’s an absolute joy to watch. Incredible.”

De Bruyne has been the standout performer in Pep Guardiola’s side so far this season with his performances in his 31 Premier League appearances earning him a season rating of 7.85/10 (per WhoScored).

In those appearances, De Bruyne has managed to score 11 goals and provide 17 assists (per WhoScored).

During Villa’s 6-1 defeat to City in the league back in January, De Bruyne provided two assists in the game, resulting in him picking up a match rating of 8.01/10.

Is Kevin De Bruyne the best player in the Premier League? 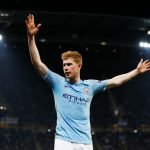 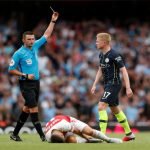 Looking at his season statistics, De Bruyne has undoubtedly been one of the standout players in this campaign. This makes it understandable why Stokes chose the Belgian as the best player he has seen so far this year.

With Villa only managing to score two goals in their previous four matches since the league restarted, they appear to need someone like De Bruyne who can help grab Villa some goals and creativity in the final third.