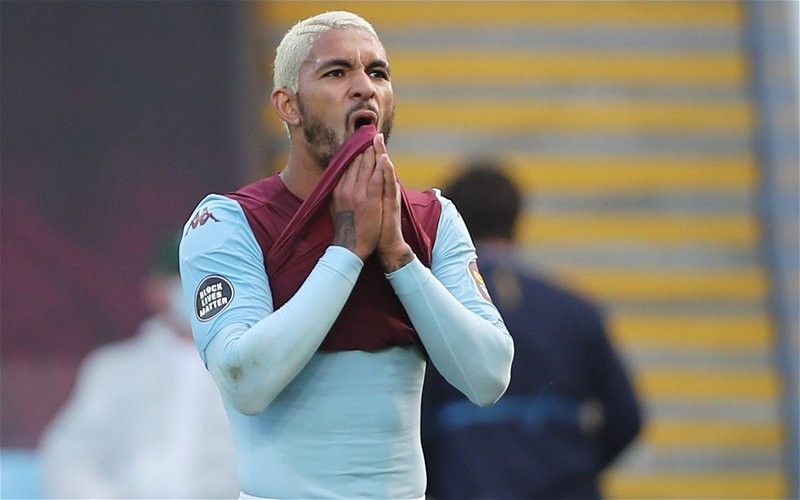 Aston Villa journalist Gregg Evans has shared his praise for midfielder Douglas Luiz after his recent performance in Villa’s 3-0 defeat to Manchester United on Thursday.

This comes after Evans recently made an appearance on The Athletic’s Villa-themed podcast 1874 to reflect on the defeat at Villa Park.

As he was assessing the defeat, Evans picked out Luiz as one of the positives to come out of the match.

He said: “He’s an absolute joy to watch now and I never thought I would be saying that. Villa have got a fantastic player in Douglas Luiz now, he looks like an absolute star, he could have played in that Man United team.

“He was better than [Paul] Pogba, I thought. I thought he was brilliant, hardly did anything wrong, hardly put a foot wrong. He won so many interceptions and made so many important blocks. When he gets the ball, he passes it nicely.

“He’s the best player in that Villa team at the moment because it’s just not working for John McGinn.”

Will Douglas Luiz be a Villa player next season?

Luiz’s performance in the defeat at Villa Park earned him a match rating of 6.85/10, making him Villa’s best player in the game against the Manchester club (per WhoScored).

This match against United was Luiz’s 38th appearance for Villa so far this season across all competitions (per Transfermarkt).

It seems that Luiz is currently the only shining light at Villa at the moment with them currently sat in 19th place in the relegation zone of the Premier League table on 27 points with just four matches left to play.

The fact that Luiz has made so many appearances for Villa so far this season shows just how important he is to Dean Smith.

Luiz and everyone else at Villa now will be hoping that they can pick up enough points from their remaining fixtures to see them avoid the drop back to the Championship.