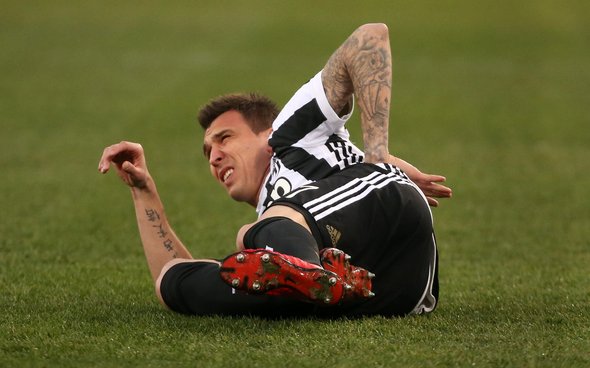 Mandzukic joined Qatari club Al Duhail back in January on a free transfer, however, the 34-year-old forward has confirmed via a post on his official Instagram account that he has now parted ways with the club, meaning that he is a free agent.

With West Brom currently sitting in second place in the Championship table, one Albion fan wrote to the Baggies Broadcast podcast to ask if there was any chance Mandzukic might be tempted to join a newly promoted Premier League team.

Baggies journalist Masi then responded to this question, saying: “[Slaven] Bilic loves him, he’s spoken about him before. He’s a huge Mandzukic fan. I’m sure Bilic would love to sign him.”

Hatfield then asked Masi if there’s any way Bilic might be able to convince Mandzukic to come to The Hawthorns, to which Masi replied: “You never know, do you? He might want to test himself in the Premier League. Could happen.”

As per Transfermarkt, Mandzukic, who is a UEFA Champions League winner, was given his Croatia debut at senior level and U21 level by Bilic, so the attacker and the West Brom boss do have some history together. Considering that he is now a free agent, it may not be out of the realm of possibility for the Baggies to secure the 34-year-old Croatian’s signature should they earn promotion to the Premier League for next season and Masi’s comments discussing Bilic’s fondness of the player may be encouraging for this potential transfer.

Interestingly, the striker has produced 197 goals up until this point in his career, with 497 appearances to his name.