Speaking ahead of the club’s crucial trip to Hull City on Thursday evening, Warnock made his feelings known regarding the 31-year-old’s decision. He told the media (via Teesside Live): “You need people in the trenches with you in this situation. When someone says they’re not sure, you can’t have it, can you?”

Gestede was not the only Boro player who failed to agree a short-term contract extension that would see them remain at the club until the end of the season. Daniel Ayala has also become a free agent having decided against staying at the Riverside a little longer.

Warnock clearly wasn’t impressed by what we can assume he believes to be a lack of professionalism. He mentioned in the press conference that with Gestede having left, his squad was left a little thin in attack, and therefore you can understand his frustration.

Are you confident Warnock will keep Middlesbrough in the Championship? 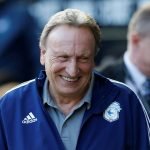 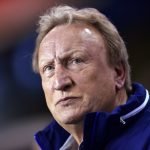 Boro have seven games to ensure they maintain their Championship status for another season, and in Hull City, they face a side just two points behind them, therefore the significance of this fixture is clear for all to see.

With Warnock getting off to the perfect start following Saturday’s 2-0 victory at Stoke and the Riverside faithful will no doubt be hoping for more of the same.