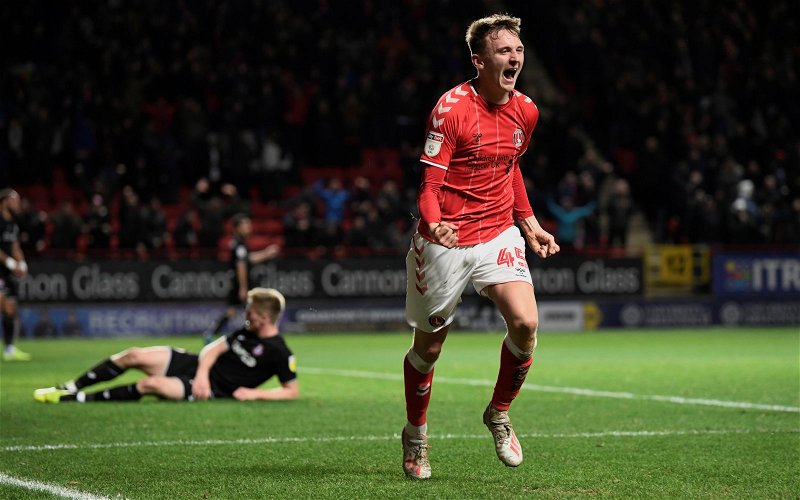 Fulham have been dealt a blow in their hopes of landing Charlton Athletic’s Alfie Doughty.

The Cottagers considered a move for the 20-year-old midfielder back in January but the Addicks were unwilling to sell the player. According to London News Online, the player’s contract at The Valley has been extended by another 12 months after the club decided to activate a clause in his existing contract.

Doughty was sent out on loan to Bromley in September but when Lee Bowyer’s side were hit by an injury crisis they decided to recall the player in November and since then, he has made 25 appearances in the Championship.

According to Transfermarkt.co.uk, he’s a central midfielder by trade but under Bowyer, he has played mainly as a left-midfielder or a left-back. Doughty’s only senior goal for the club came back in December during the 3-2 victory over Bristol City. He also provided assists in fixtures versus Sheffield Wednesday and Preston North End.

30 points separate Fulham and Charlton Athletic in the Championship table. Scott Parker’s Fulham continue their quest for promotion whilst for the south London club, it’s all about securing their status in the second tier.

Are you hopeful of Fulham earning promotion back to the Premier League?

In light of the news that the player looks set to stay with his current club for a further 12 months at least, Fulham may decide to turn their attention elsewhere if their interest in the player still exists. However, in our view, if Charlton are to be relegated back down to League One, we could see them struggle to hold on to their up-and-coming talent regardless of how long his contract has to run.