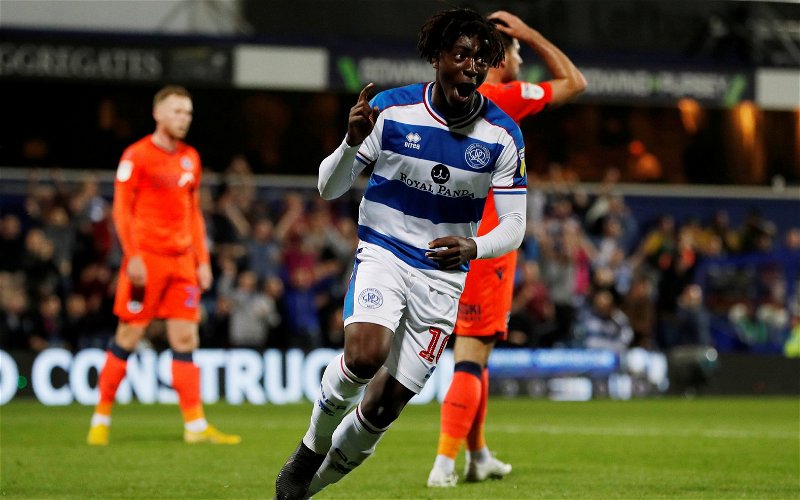 Fans of QPR have been reacting to a post on Twitter, in which R’s winger Eberechi Eze shares footage from when he and Bristol City forward Nahki Wells were both playing for the club.

The footage, which was originally posted by the official QPR Twitter account, highlights a goal scored by the club against Cardiff City earlier this season, in which Wells scored a hat-trick, Bright Osayi-Samuel scored two, and Eze scored one as the Hoops defeated the Bluebirds 6-1 at Loftus Road.

After Eze quote-tweeted the footage, he commented with a sad face emoji, something which is likely a reference to the fact that Wells is no longer a player for QPR, after the 30-year-old’s loan deal from Burnley was cancelled in order for a £4.28 million move to Bristol City to be completed.

In reaction to his post, fans of the club have flocked to have their say on the matter, with many stating that they miss the striker just as much as Eze does, while others have said that Wells is welcome back to QPR, should he ever want to make a return to West London.

@nahkiwells giving the circumstances I would left qpr as well but Bristol are a poor side doing well.. QPR is a building foundation and this clip alone says a lot.. Nahki is welcome home to loftus road anytime along with @chazaustin10.. Them two together = promotion..

Yeah we miss him too Ebs ??

Prior to his move to Bristol City, Wells had been in remarkable goalscoring form for QPR, finding the net on 13 occasions in the Championship over his 26 appearances in the competition, as well as providing three assists and averaging a WhoScored match rating of 6.85.

Would you take Wells back at QPR? 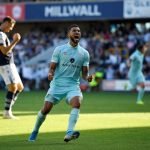 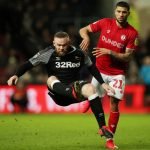 As such, it is not surprising to see that many more QPR fans would love to see Wells make a move back to the club, while others have simply praised Eze for his part in the goal featured in the footage.

Ohh Nahki, still dreaming of you in Hoops ?

Although losing a player of Wells’ goalscoring ability is obviously disappointing, QPR have impressed over their last six fixtures, winning three and drawing three, ranking them second in the Championship form table.

In fact, the club’s good run of form has left them just six points outside of the play-off places, and with nine games of the season remaining, there is still a possibility of the club overtaking Wells’ Bristol City – currently in seventh place – and reaching the play-offs themselves.