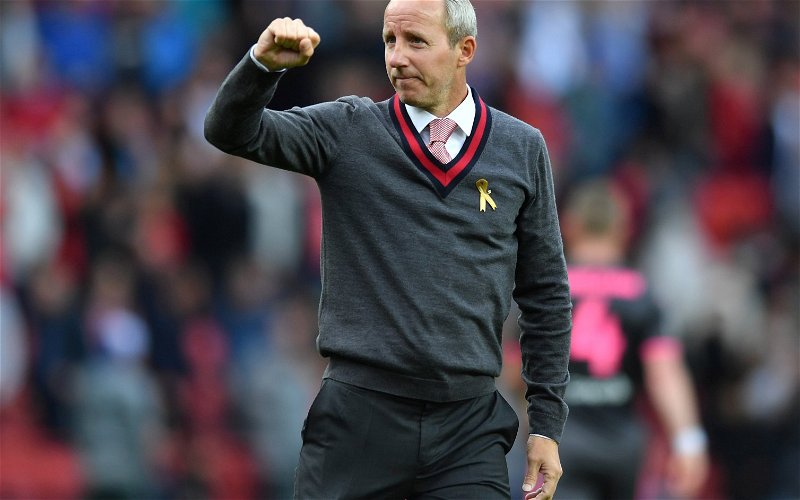 A lot of Leeds United fans have replied to a post from LUFCMOT that includes quotes from Lee Bowyer on his time with the Whites.

Bowyer, speaking to the Sky Sports Football Show, claimed that his move to Elland Road ‘opened his eyes’ and that the support was a ‘complete different experience’. (1:12:20)

The current Charlton Athletic manager also claimed that Leeds were a good side when he was there, and they should have won something. (1:15:25)

Bowyer’s words has attracted the attention of these Leeds fans who have rushed to praise the former Newcastle United man.

Do you agree with Bowyer's comments?

Massive influence during the champions league season, scored some great goals too, can’t think of any better box to box midfielders during that time.

box to box all day..great signing.

Bowyer made 265 appearances for Leeds and scored 55 goals and was also involved in the side that reached the semi-finals of the Champions League in the 2000/01 season.

However, Bowyer was suspended for the second leg, and the Whites crashed out to Valencia.

Many Leeds fans agree with Bowyer that they should have won something with the team that they had, including Mark Viduka, Jonathan Woodgate, and David Batty.

These comments from Bowyer have allowed some Leeds fans to express their feelings on the matter.

Proper midfielder
Proper player
And he’s right, we absolutely should have won something. I think we would have won Uefa cup but for tragic events in Istanbul. We were best side left in that comp. Should have got closer to a league title too. Still, wonderful times

Definitely, that team should of won silverware ?

He was great for Leeds , and yes under O Dreary we should’ve won something with that team

Bowyer was with Leeds from the summer of 1996 till January 2003 then he moved to West Ham United before Newcastle signed him in the summer of the same year.

Since retiring, Bowyer has become a manager, and he is currently in charge of the Addicks, having guided them to promotion last year from League One.

This season has been a bit more of a struggle for Bowyer, and Charlton are currently in 22nd place, but they did manage to beat the Whites at The Valley earlier in the season.

However, despite this, it is clear that Bowyer is still rated highly by many Whites fans who have lauded him with their responses.