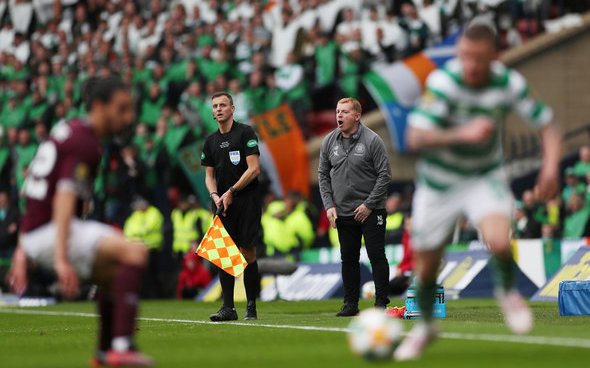 Celtic were recently crowned champions of the Scottish Premiership for the ninth season in a row on a points-per-game basis, following the conclusion of the Scottish football season as a result of the effects of the ongoing pandemic.

The global crisis has not only taken its toll on football being played on the pitch, but also on clubs’ finances, as teams towards the lower end of the Premiership, as well as sides in Scottish football’s lower leagues, who rely on gate receipts more than television money, could suffer the dire consequences of a lack of football.

He said: “Everything’s relative, there’s going to be, possibly, a knock-on effect as we go along. But again, it’s difficult to gauge how that landscape is going to look and we’re taking it week by week.”

“So I wouldn’t say we’re in a strong financial position, but we’re in a reasonable sort of strength at the minute, but the longer it goes on, the more it eats away and like I said, we’re not immune to the financial crisis.”

Considering the fact that Celtic’s nine titles in a row have led to qualification to either the Champions League or Europa League more often than not, the club is likely to be one of the most financially secure in the Scottish Premiership and, as Lennon’s comments confirm, while Celtic have suffered a hit due to the ongoing pandemic, there may be no need for the club’s fans to be overly concerned about the Hoops’ financial position at present.

Do you think Celtic should spend big this summer?