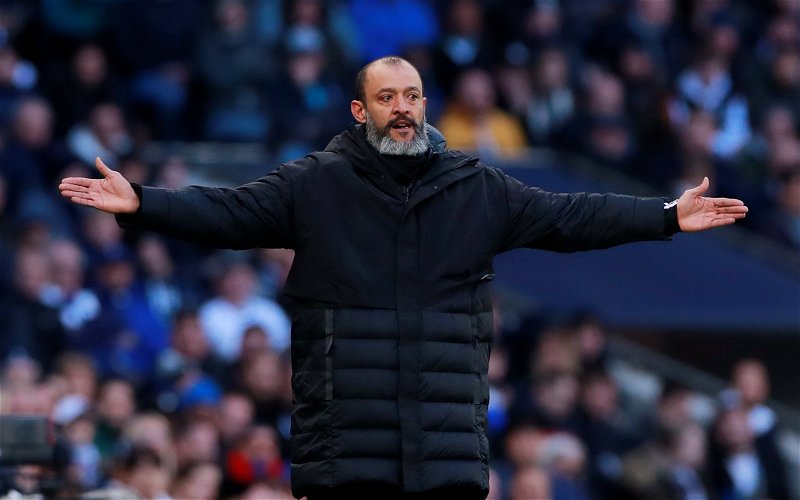 Supporters of Wolverhampton Wanderers have been reacting to a transfer report which has linked the Old Gold with Benfica centre-forward Carlos Vinicius.

According to Record, as cited by Sport Witness, Nuno Espirito Santo is keen on signing the 25-year-old Brazilian from the Liga NOS outfit.

As stated in the report, the Portuguese club is looking to plug a hole in their finances with player sales and the sale of Vinicius would supposedly solve the problem.

However, Benfica are after an injection of around €60 million (£53.4m), which is how much they believe their forward to be worth.

Despite his price tag being rather high, it is believed that the Old Gold are ‘willing to shell out’ such a fee to secure the Brazilian’s arrival at Molineux.

Although, as speculated by Sport Witness, any fee that high may be dependent on the departure of the club’s star Mexican striker Raul Jimenez, who has been linked with Juventus in recent weeks (per Tuttosport).

Despite having four seasons left on his contract following the conclusion of this term, Vinicius only has a market value of £14.4 million (per Transfermarkt).

So, when the rumour was shared to Wolves fans on social media (via @TalkingWolves), supporters aired their reactions to the reported transfer interest.

Wolves are "willing to shell out" the money required to sign Benfica forward Carlos Vinicius.

Benfica are looking for a cash injection of around €60 million and they'll be hoping they can receive that from a deal for the Brazilian striker. [source: Record via Sport Witness] pic.twitter.com/0gf4GCqgMP

Useful but not a replacement for Jimenez, doesn’t offer the link-up play.

Do a double deal give them £80m for Diaz and Vinicius

This season, it would be fair to say that the Brazilian has been in stellar form in the Liga NOS, having bagged an impressive 15 goals and four assists in 22 appearances.

While the 25-year-old has only been the seventh-best performer for Benfica in the league this season, his 7.21/10 average rating suggests that the Brazilian is a considerable talent (per WhoScored).

The same average rating for the Old Gold in the Premier League and the player would be Wolves’ fourth-best performer behind Adama Traore, Jimenez and Willy Boly.

That would be tasty

If benfica needs an injection if 60mil, id be tempted to go and say here’s 80/90/100mil ill take Dias & Vinicius, thankyou very much you! Ill take you out of debt and get a good deal for the club! Get it done Wolves

However, while the majority of Wolves supporters seemed keen on the prospective transfer, others were worried about the future of Jimenez.

Does this mean jimenez on way out?

As can be seen in the majority of responses from these Wolves fans, though, they are keen on the idea of signing Vinicius.